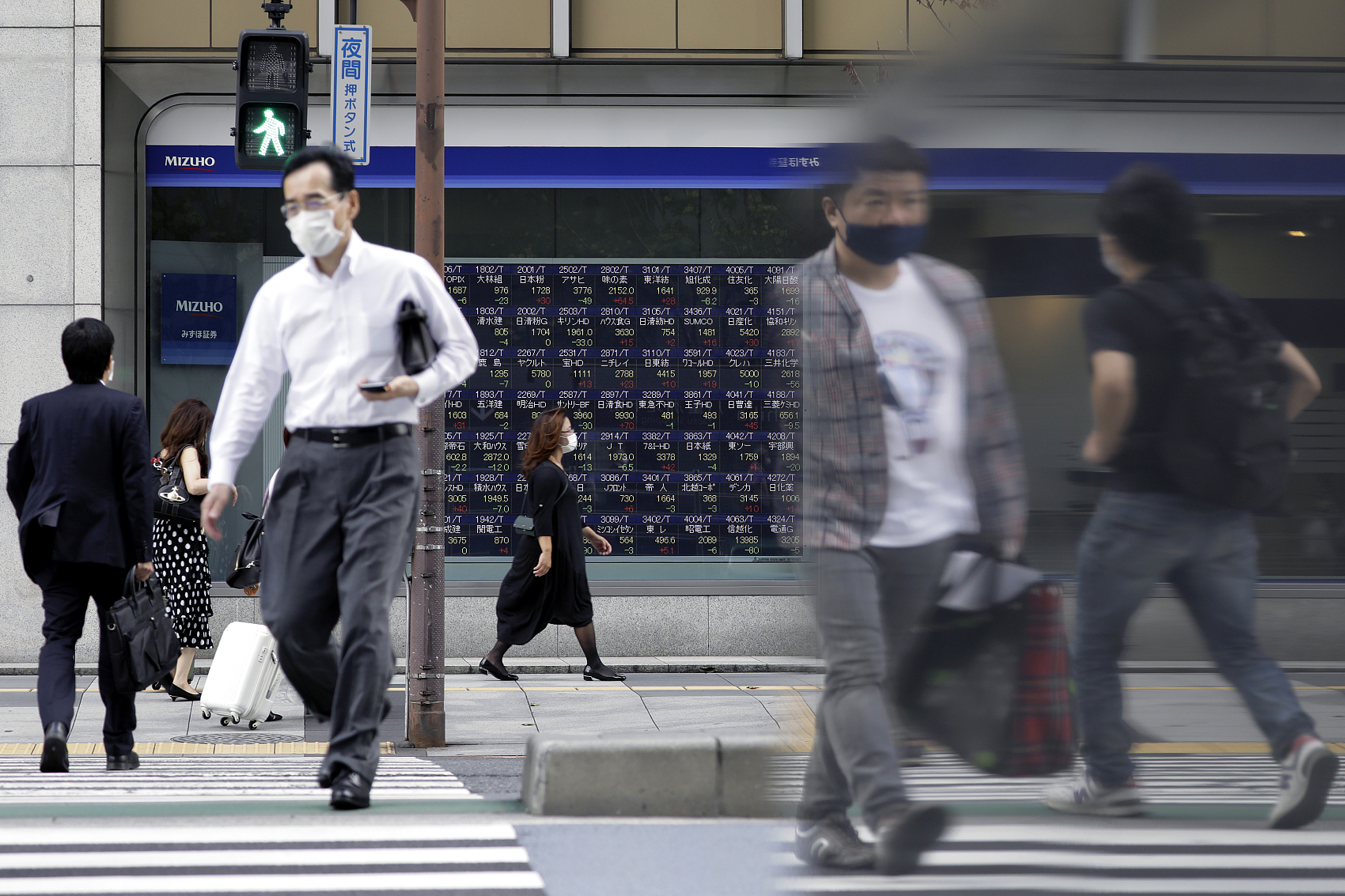 A pedestrian wearing a protective face mask walks past an electronic stock board outside a securities firm in Tokyo, Japan, on Thursday, Sept. 17, 2020. (Photo: CFP)

TOKYO, Sept. 28 (Xinhua) -- Tokyo stocks closed higher Monday as retailers and e-commerce-oriented issues buoyed the market, while investors also picked up issues to secure rights for dividend payments for the first half of the business year.

They added that investor appetite was also increased by the prospect of adding issues to portfolios that are set to go ex-dividend this week.

"Investors' moves to secure dividends as well as expectations that they would reinvest the profits helped lift the market," Makoto Sengoku, a market analyst at the Tokai Tokyo Research Institute, was quoted as saying.

Some investor consternation emerged, however, owing to uncertainties ahead, including the upcoming U.S. presidential debate and unilateral moves by certain countries that threaten to hamper the global semiconductor industry, market analysts here highlighted.

"But market players were also cautious about chasing higher ground, given some events that are difficult to evaluate such as the U.S. presidential debate on Tuesday ... " Sengoku added.

By the close of play, pulp and paper, iron and steel, and real estate-linked issues comprised those that gained the most.

Issues that rose outpaced those that fell by 1,892 to 251 on the First Section, while 34 ended the day unchanged.