Tokyo stocks close down on first trading day of year 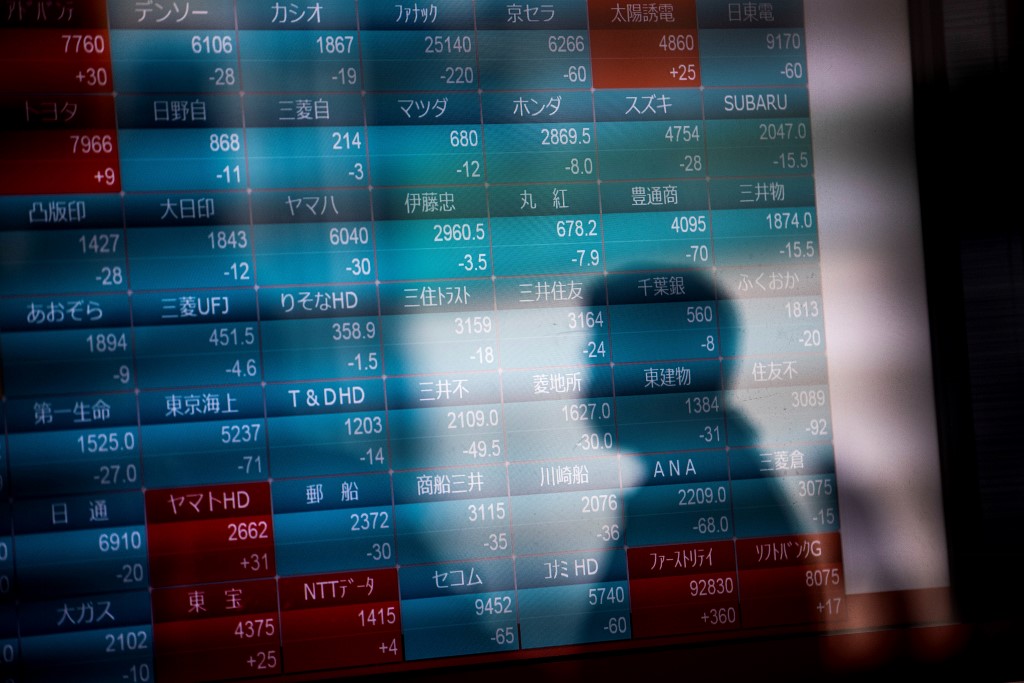 A shadow of a pedestrian is seen on a stock indicator displaying numbers of Nikkei 225 of the Tokyo Stock Exchange in Tokyo on January 4, 2021, on the first trading day of the year. (Photo: AFP)

Tokyo stocks closed down on Monday, the first trading day of the year, after a volatile session with investors nervous as the government weighs declaring a virus state of emergency.

After stocks opened higher, Prime Minister Yoshihide Suga said he was considering declaring a state of emergency in the greater Tokyo area over a "very severe" third wave of coronavirus infections.

Japan imposed a first state of emergency in spring, with business asked to close and residents urged to stay home. The measure carries no penalties for non-compliance, but the requests were widely observed.

Local media reported the latest measure could begin from Saturday, while the scope of any new emergency remains unclear.

Despite Monday's declines, analysts have generally kept an optimistic outlook for the Japanese market in the long run.

"Hopes for the positive impact of the government's stimulus policies are likely to continue sustaining the market this year," Okumura said.

Rakuten Securities said the Nikkei index, which is hovering to three-decade highs, may head toward 30,000 by September with the coronavirus vaccines helping to normalise the global economy and encourage global investors.

But it could experience a correction through March, following sharp gains seen toward the end of last year, Rakuten added.

"All in all, Japanese shares are still attractive, and we expect buy orders will dominate the market in a long run," it said.

The dollar stood at 103.01 yen in Asian afternoon trade, compared with 103.28 yen seen Thursday in New York ahead of the new year break.

Nissan dropped 1.25 percent to 553 yen following a news report that it plans to outsource sales of its cars in Europe to alliance partner Renault.

Japan Airlines plunged 3.45 percent to 1,926 yen with ANA Holdings down 1.97 percent to 2,232 yen on concerns over the impact of the expected state of emergency.