TOKYO, May 20 (Xinhua) -- Tokyo stocks closed higher Wednesday as a comparatively weak yen helped lift exporters, while hopes the Bank of Japan (BOJ) will unroll measures to help small companies hit by the coronavirus along with expectations Japan's economy will soon be fully reopen kept the mood upbeat. 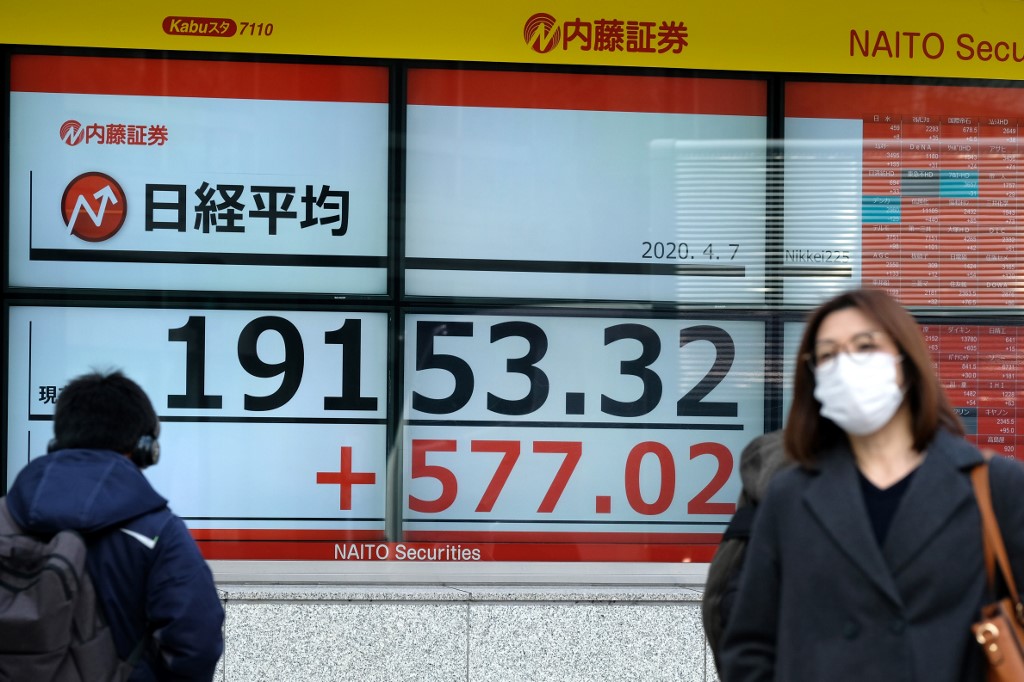 The broader Topix index of all First Section issues on the Tokyo Stock Exchange, meanwhile, gained 8.64 points, or 0.58 percent, to finish at 1,494.69.

According to the Cabinet Office, the orders, excluding those for ships and utilities because of their volatility, edged down 0.4 percent in March from the previous month.

The orders totaled 854.7 billion yen (7.94 billion U.S. dollars), in the reporting period, the Cabinet Office said and came on the heels of a 2.3 percent increase in February and 2.9 percent rise in January.

The headline figure beat the market's consensus for a 7.0 percent fall in the recording period, market analysts here highlighted.

The market mood was also bolstered by the Bank of Japan saying it would hold an emergency, unscheduled meeting on Friday to discuss its planned move to help small businesses and those run by a single person, that have been hurt by the effects of the pandemic, to receive interest-free loans from commercial banks.

"There is a sense of relief that a policy to improve financing of small and midsize companies, which are undergoing hard times, will come out quicker," Makoto Sengoku, a market analyst at the Tokai Tokyo Research Institute, was quoted as saying.

The BOJ's move saw the pace of buying of the U.S. dollar against the yen increase, which helped underpin some exporters reliant on a weaker yen to boost profits when repatriated.

The BOJ's move also comes amid hopes the government on Thursday will lift its state of emergency for Osaka, Kyoto and Hyogo prefectures in western Japan, due to declining numbers of coronavirus infections, market analysts said.

They added that sentiment was also bolstered by the possibility the government may also soon opt to lift restrictions for Tokyo and its surrounding areas, as daily COVID-19 cases have continued on a downward trajectory, taking the nation's economy one step closer to being fully rebooted.

But Fujifilm lost ground, falling 2.6 percent, after a report claimed that clinical trials of its anti-flu drug Avigan showed no clear evidence of being able to treat the coronavirus.

Sharp Corp. also closed in negative territory, dropping 5.4 percent, after reporting its annual operating profit had tumbled 37 percent, with the electronics maker opting not to release its earnings outlook amid uncertainties relating to the pandemic.

By the close of play, nonferrous metal, construction, and oil and coal product issues comprised those that gained the most, and issues that rose outpaced those that fell by 1,395 to 682 on the First Section, while 93 ended the day unchanged.