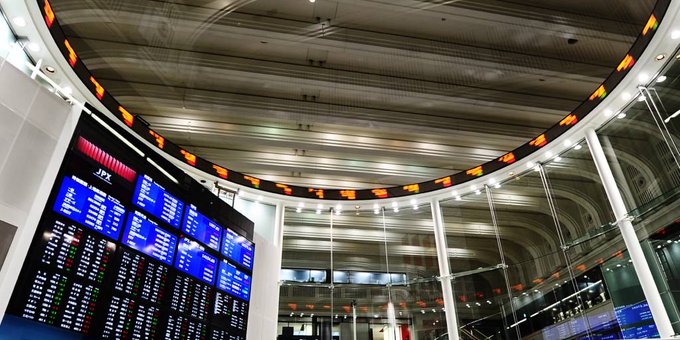 TOKYO, May 25 (Xinhua) -- Tokyo stocks closed higher Monday on hopes that Japan's economy will be fully reopened as the government is poised to lift the remaining coronavirus-related state of emergency in Tokyo and nearby regions.

Stocks recovered lost ground after retreating over the past two trading days, as investors' risk appetite returned on expectations the government's lifting of the state of emergency for Tokyo and four other prefectures would lead to a significant rise in economic activity.

The greater Tokyo area accounts for a significant percentage of Japan's overall population and hence consumption, so eased restrictions on business activities and people's movements amid a decline in coronavirus cases is a clear boon for Japan's recession-hit economy, market analysts here said.

"The greater Tokyo area has 30 percent of Japan's population and likely accounts for about half of its personal consumption, so opening it up will clearly help the economy. It is a bit earlier than expected and the opening is quite broad," John Vail, chief global strategist at Nikko Asset Management, was quoted as saying.

Local brokers, meanwhile, said that cyclical issues like steelmakers and shipping lines found favor on hopes for Japan's economic restart, while air transportation issues also rallied on expectations the easing of the virus emergency would see more domestic demand in the short term.

By the close of play, air and land transportation, and real estate-linked issues comprised those that gained the most, and issues that rose outpaced those that fell by 1,857 to 259 on the First Section, while 54 ended the day unchanged.