TOKYO, Jan. 21 (Xinhua) -- Tokyo stocks closed higher Monday on the back of a solid lead from Wall Street late last week and China's strong retails sales data for December, but gains were capped by profit-taking after the Nikkei briefly hit a one-month high. 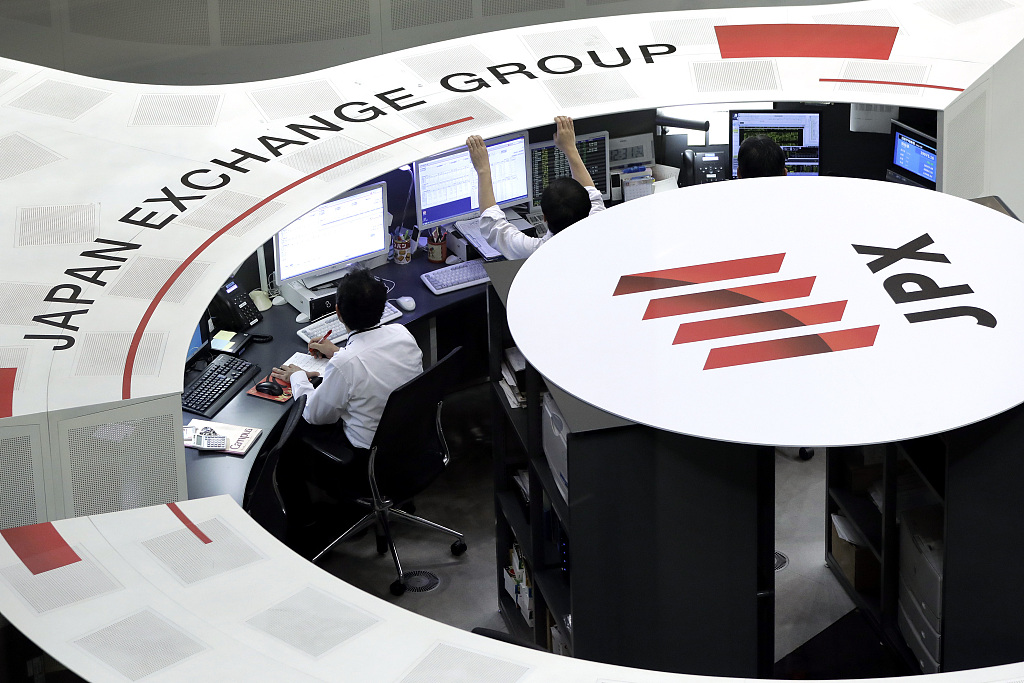 The broader Topix index of all First Section issues on the Tokyo Stock Exchange, meanwhile, gained 8.78 points, or 0.56 percent, higher at 1,566.37.

Market strategists here said that US stocks were going through a correction phase of late after significantly losing ground recently and investors, thus, cheered Wall Street's solid showing at the end of last week.

"The US stock market, which is in a correction mode following its plunge in December 2018, welcomed the news and Japanese stocks inherited its upbeat tone in the morning," Norihiro Fujito, senior investment strategist at Mitsubishi UFJ Morgan Stanley Securities Co., was quoted as saying.

Along with a comparatively weak yen versus the US dollar, which gave exporter issues a boost, China's robust retail sales data for December provided another impetus to buy and helped lift the Nikkei index to its highest level since Dec. 19 in morning trade.

Analysts and brokers here said there was a muted reaction to to China's gross domestic product data for 2018, which was in line with median market expectations.

Owing to the market's jump in the morning, in later trade some investors took to profit-taking to lock in gains, which capped the market's upside, local brokers said.

By the close of play, oil and coal product, mining, and marine transportation-linked issues comprised those that gained the most, and rising issues beat falling ones by 1,432 to 633 on the First Section, while 63 ended the day unchanged.