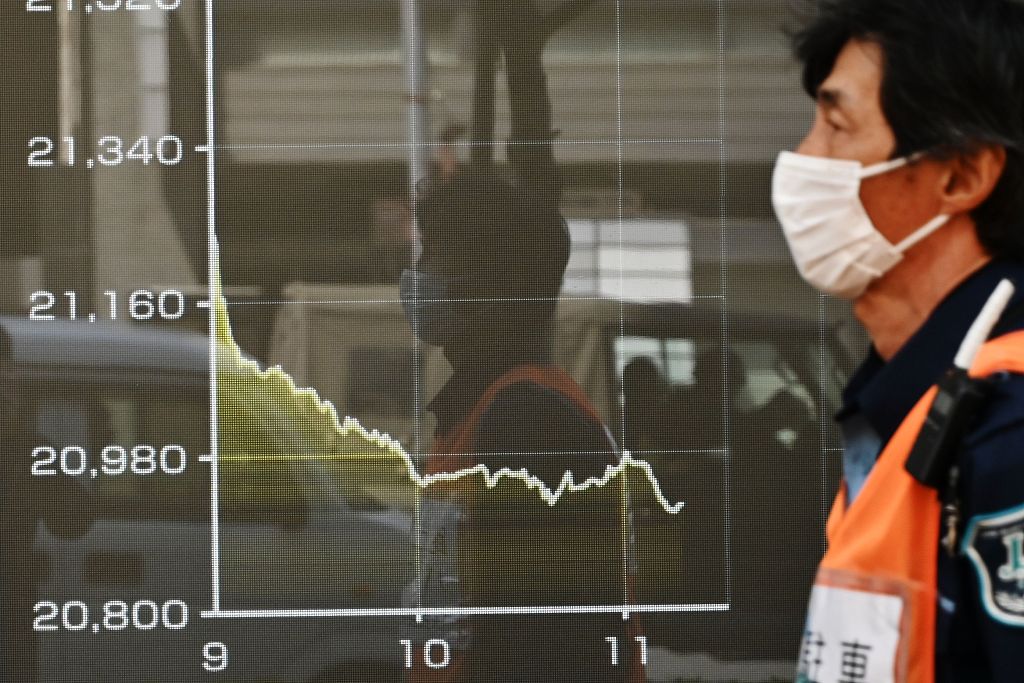 Local brokers said investor sentiment was dampened from the get-go by worse-than-expected factory output data in the United States, sparking concerns about the health of the world's largest economy and seeing the Nikkei fall more than 300 points in the morning session.

They highlighted that the United States and European shares slumped overnight following the Institute for Supply Management's monthly survey showing the index measuring domestic factory activity in the United States dropped to 48.1 in November from 48.3 in October.

"The outcome disappointed market players as they had expected it would improve from the previous month amid a recovery in Chinese manufacturing data," Masahiro Ichikawa, senior strategist at Sumitomo Mitsui DS Asset Management Co., was quoted as saying.

Some metals and cyclical issues lost ground owing to concerns over the health of the U.S. economy, with Mitsui O.S.K. Lines sinking 1.2 percent, while JFE Holdings lost 0.7 percent.

In terms of issues moving on individual news, Nissan Motor skidded down 1.5 percent after its new CEO Makoto Uchida suggested the automaker's medium-term business plan might be downwardly revised.

Nomura Holdings edged down 0.2 percent, after hitting more than a one year high in earlier trade, after the group's new CEO Kentaro Okuda was picked to lead a turnaround of the group's overseas operations.

By the close of play, farm and fishery, iron and steel, and land transportation-linked issues comprised those that declined the most, and issues that fell outpaced those that rose by 1,540 to 551 on the First Section, with 66 ending the day unchanged.