Tokyo stocks closed lower on Monday after sharp rallies last week on hopes for a phased reopening of the US economy, with investor focus now on the number of local virus cases. 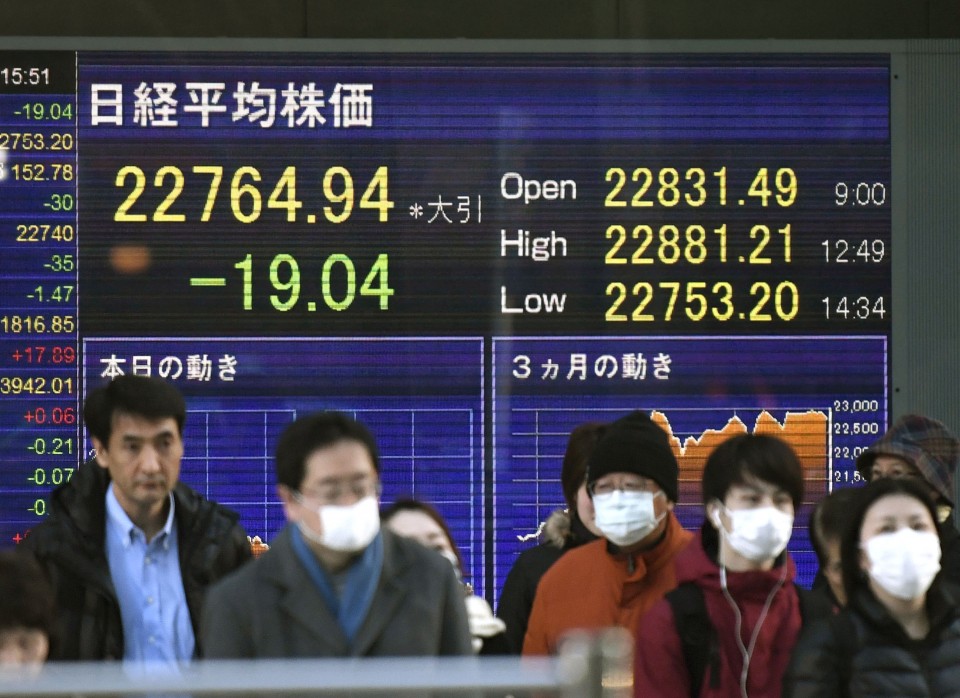 In Japan, the number of coronavirus cases topped 10,000 on Saturday, and "this week the government is expected to study the effect of its request to refrain from going out", which was expanded to the whole country on Thursday, Daiwa Securities said in a commentary.

The virus has killed more than 170 people so far, according to the health ministry.

Whether the government will extend the state of emergency period beyond May 6 is in focus, and investors "will be watching the number of domestic cases this week", it said.