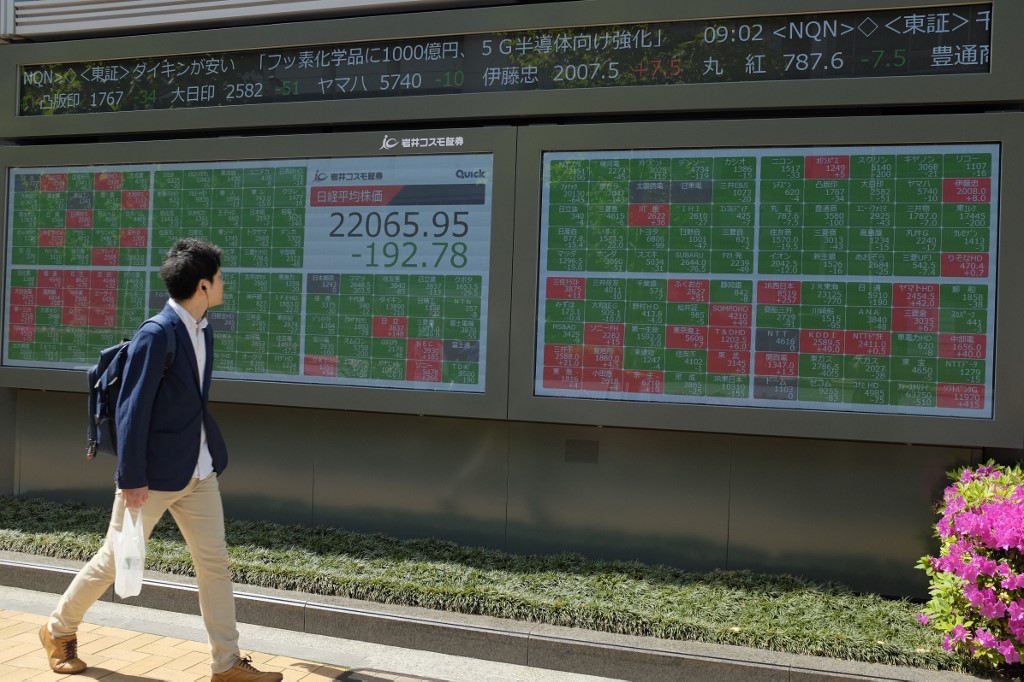 A comparatively firm yen against the U.S. dollar also dented market sentiment, as a stronger yen can impact Japanese exporters' earnings and diminish profits when they are repatriated from overseas.

The dollar dropped to a seven-month low of 105.05 yen in New York before recovering some of its losses.

"As many large exporters keep their dollar-yen exchange rate assumptions at around 110 yen, the current level raised market concerns that they will cut their earnings projections for the fiscal year ending March," Masahiro Ichikawa, senior strategist at Sumitomo Mitsui DS Asset Management Co., was quoted as saying.

By the close of play, mining, iron and steel, and oil and coal product-linked issues comprised those that declined the most, and issues that fell outpaced those that rose by 1,655 to 444 on the First Section, while 50 ended the day unchanged.

Japanese markets were closed on Monday for a national holiday.