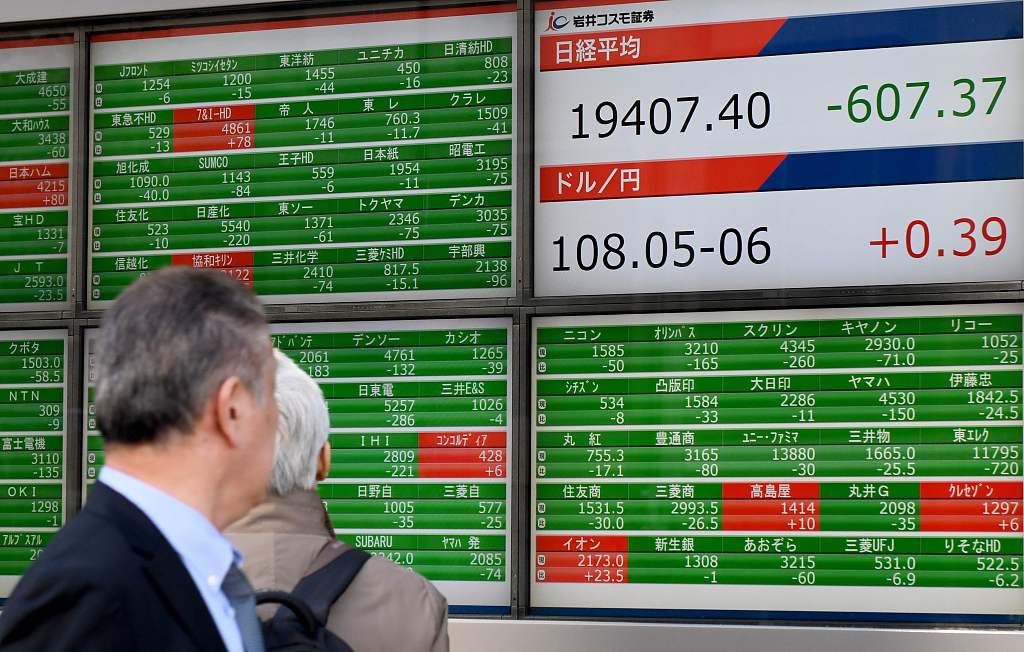 TOKYO, Sept. 4 (Xinhua) -- Tokyo stocks ended mixed on Wednesday as investors bought back some issues following recent declines but concerns over the future course of the global economy continued to weigh on sentiment.

By the close of play, marine transportation and miscellaneous product issues led those that gained, while pulp and paper, and iron and steel-linked issues comprised those that declined the most, and issues that fell outpaced those that rose by 1,587 to 482 on the First Section, while 81 ended the day unchanged.