Tokyo stocks more than 2% up after ECB bond-buying scheme 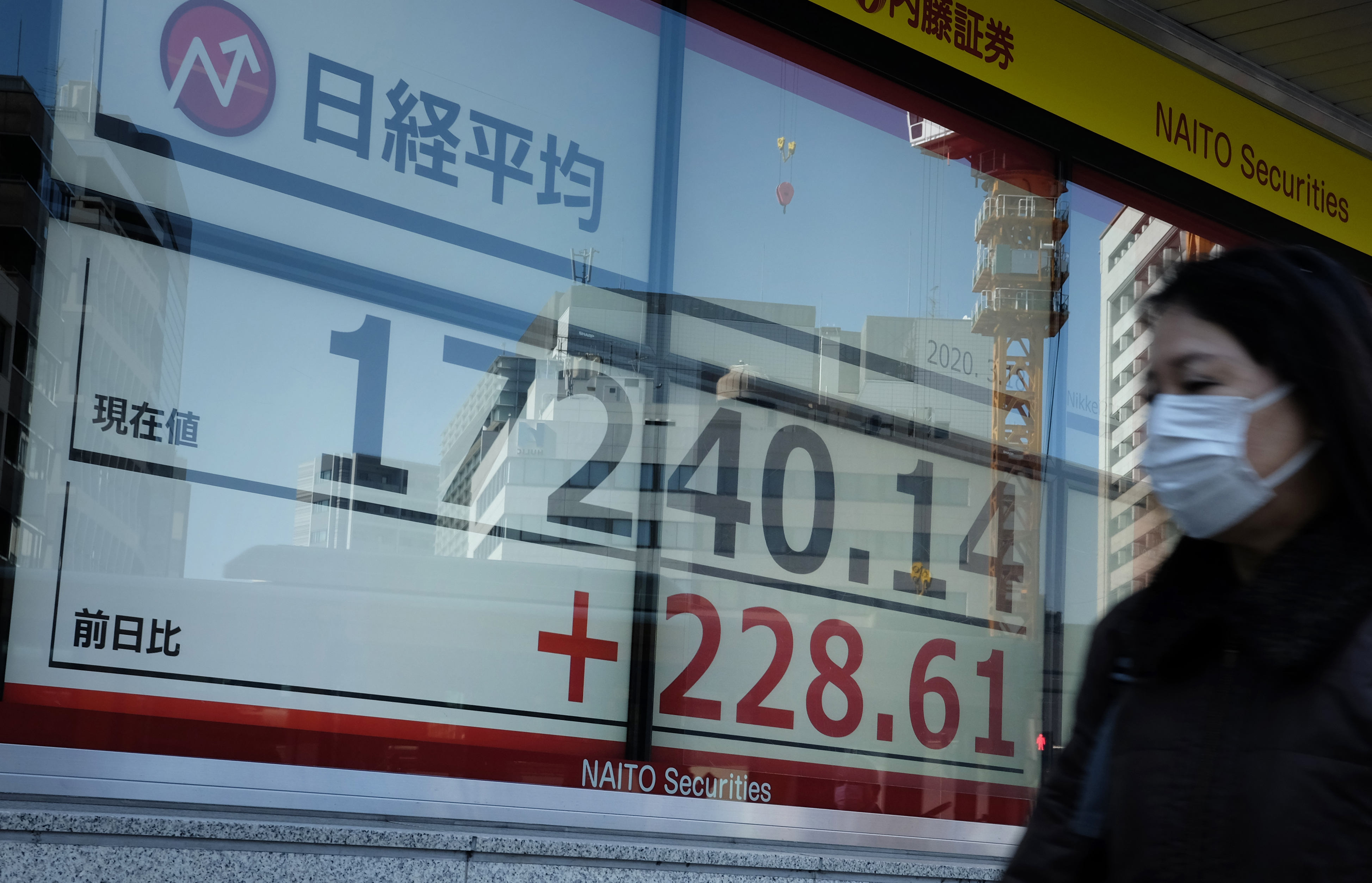 Tokyo stocks opened more than two percent higher on Thursday after the European Central Bank announced a surprise 750-billion-euro scheme to support the economy and the Japanese yen edged lower.

Minutes before the opening bell in Tokyo, the ECB joined other central banks in stepping up efforts to contain the economic damage from the coronavirus.

The latest move by the ECB is supporting "the momentum provided by the Bank of Japan", Takebe Rikiya, senior strategist at Okasan Online Securities, said in a commentary, referring to the BoJ's emergency monetary policy measures announced on Monday.