Tokyo stocks opened lower on Monday, weighed down by a strong yen and continued drops in US shares amid US-China trade tensions. 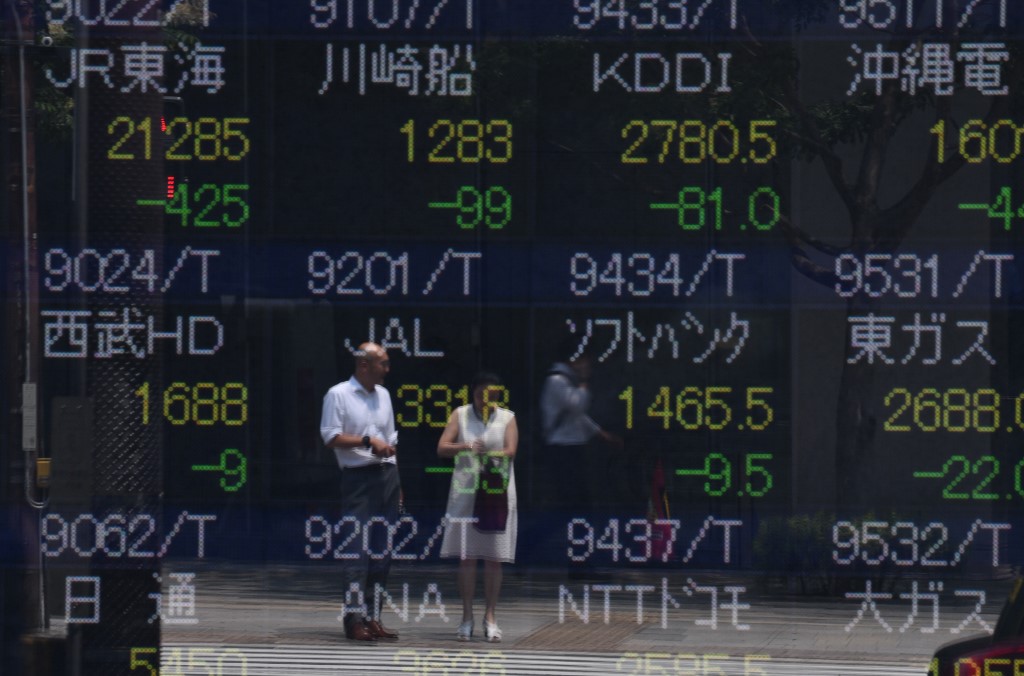 Pedestrians are reflected on an electronics stock indicator at the window of a security company in Tokyo on August 2, 2019. (Photo: AFP)

"Japanese stocks will likely be weighed down by the continued drops in US stocks and the yen's rise into the 106 range" against the dollar, Okasan Online Securities chief strategist Yoshihiro Ito said in a note.

A strong yen is a negative for Japanese exporters as it makes their products less competitive abroad and also erodes profits when repatriated.

News that demand for US exports had weakened underscored concern that trade was becoming a trouble spot for economies worldwide.

On Wall Street Friday, all three major indices sank to their lowest levels since June.