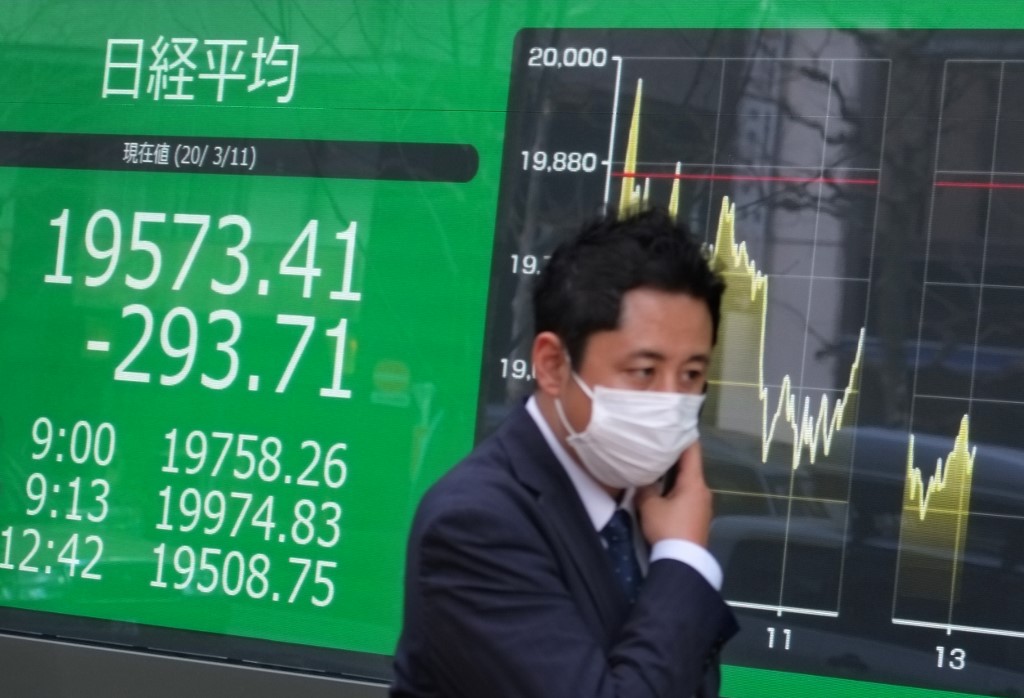 Traders in Tokyo time were also watching for news on North Korean leader Kim Jong Un's health, and reports that the Japanese government will extend a nationwide state of emergency over the coronavirus, Okasan senior strategist Rikiya Takebe said.

Some investors were also trading to adjust their positions ahead of the so-called Golden Week holiday through Wednesday, analysts said.

Japan Airlines was down 1.44 percent at 1,912 yen after it said late Thursday its annual net profit plunged nearly 65 percent to 53.4 billion yen ($500 million) due to the impact of the pandemic on aviation demand.

Mitsubishi UFJ Financial was down 1.98 percent at 425.7 yen after it cut its net profit projection for the year to March by 40 percent from the previous estimate to 520 billion yen.

On Wall Street, the Dow ended down 1.2 percent at 24,345.72 after the Labor Department reported another spike in jobless claims.