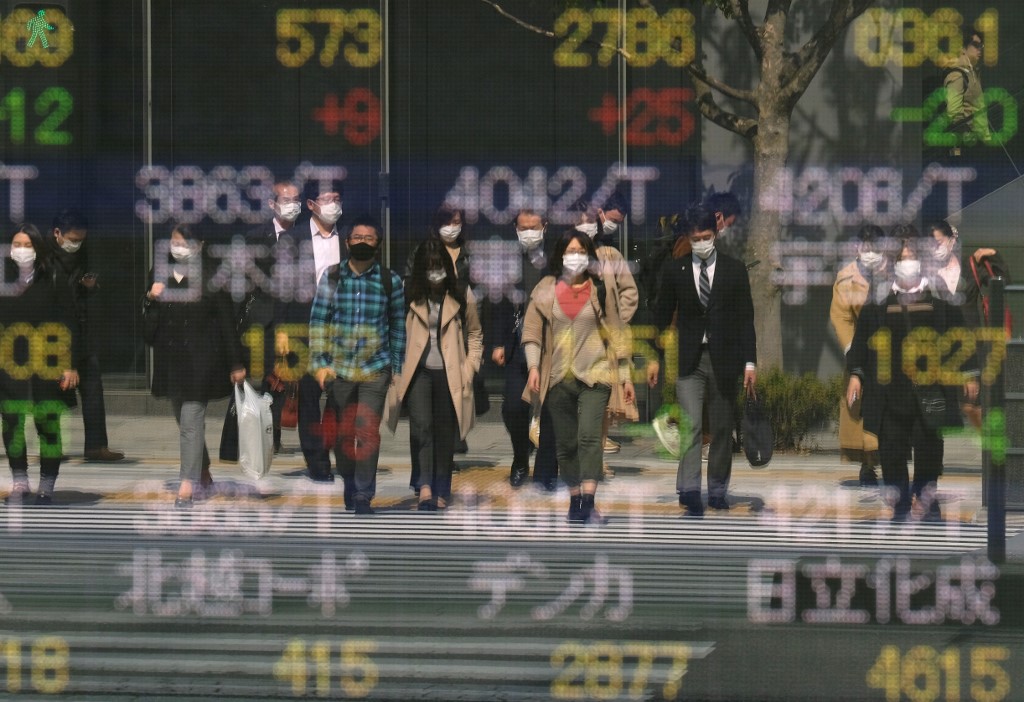 "Japanese shares are seen led by sell orders against the backdrop of falls in the US market" which was weighed down by aftershocks of an unprecedented slump in oil prices into negative territory, said Yoshihiro Ito, chief strategist at Okasan Online Securities.

Nintendo was down 1.02 percent at 45,460 yen after a report said the game giant is set to increase production of its Switch game console to meet surging stay-at-home demand.

ANA Holdings was down 1.73 percent at 2,440 yen after it slashed its annual net profit forecast by 71 percent over massive falls in demand and major cancellations caused by the coronavirus spread.

On Wall Street, the Dow declined 2.4 percent to finish the session at 23,650.44, after the price for US benchmark West Texas Intermediate crude for May delivery plunged to -$37.63 a barrel.