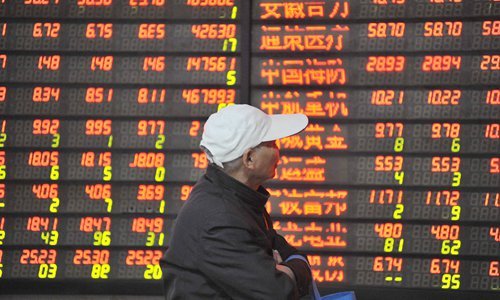 China's top anti-corruption body, the CPC Central Commission for Discipline Inspection (CCDI), has sent an on-site supervision team to the Shenzhen Stock Exchange to safeguard registration-based reforms at the tech-heavy start-up ChiNext board, the CCDI said on Friday.

CCDI's on-site teams attach great importance to any potential corruption risks related to the reforms being carried out at the ChiNext board and will especially look for discrepancies that may impede the pace of reform, and incidents that may trigger systemic risks and insider trading conspired by officials in charge of listing and market players.

The CCDI said it had held one-on-one talks with over 20 officials and staff members from the Shenzhen Stock Exchange management, the ChiNext Board Listing Committee and the review center. These departments are in charge of offering and listing review under the registration-based IPO system, which plays a critical role in controlling the access to the capital market.

The CCDI said it had created a clean document for each of the 49 committee members of the listing committee and 98 officials and staff at the review center.

Analysts said that the anti-corruption watchdog's move could be linked with the recent market plunges and anomalies currently seen in the ChiNext board, with some experts pointing out that the root cause of the chaos could be insider trading, a criminal activity.

ChiNext board has plunged by more than 7 percent this week as of press time on Friday and many of the individual shares have seen much wider fluctuations due to the board's wider daily trading cap of 20 percent.

The trading of so-called junk shares is seen as the reason behind the market's plunge and some experts are saying this could be a plot by certain major players in the ChiNext board, and they might have tuned the timing of the boom and bust story to coincide with the rollout of the ChiNext reforms.

Junk shares are shares at ChiNext board that had been dumped by investors during the past year but in recent months saw their prices soar by multiple times led by bigger investors in the market, with at least 50 junk shares' prices doubling in value after the ChiNext reform. But those shares began to fall recently.

Dong Dengxin, director of the Finance and Securities Institute at the Wuhan University of Science and Technology, said there is certainly overspeculation in the market and the possibility of stock price manipulation cannot be ruled out.

Lü Pingbo, an influential stock market Weibo blogger in China, noted that overspeculation has a tendency to spread across the board and that the trading volume of the ChiNext board has exceeded that of the Shanghai Stock Exchange on Wednesday and the situation could be "out of control" for the ChiNext board.

"While the regulators can tolerate speculation or even overspeculation, they must crack down on stock price manipulation and insider trading to protect investors' interests," Dong told the Global Times on Friday.

Dong said the essence of the reform is in its inclusiveness and tolerance of tech start-ups to fail, while it is also expected to lead to tightened regulation and enhanced crackdown on criminal activity.