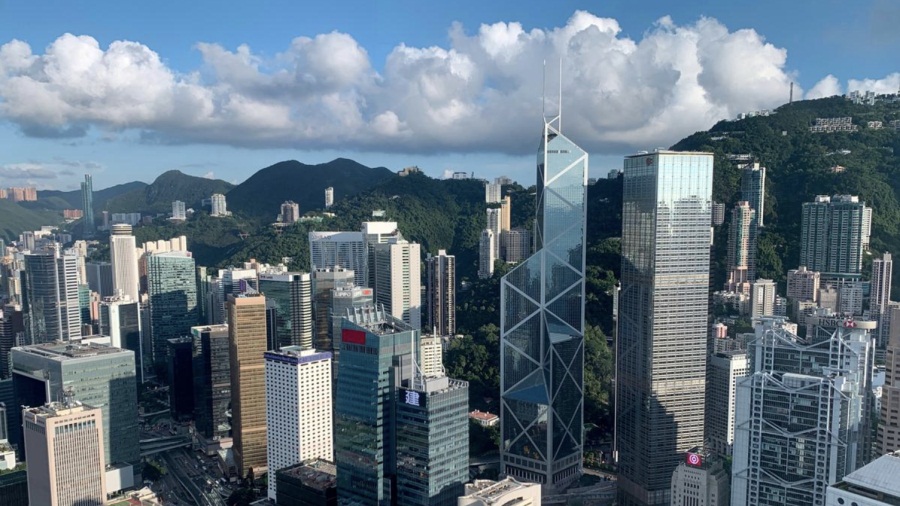 Hong Kong's Grade-A office market looks set to plunge by between 15 and 20 percent in 2020 on the back of the city's protracted social unrest, a slowing global economy and the lingering Sino-US trade tensions, predicts real-estate service provider Jones Lang LaSalle.

Alex Barnes, head of markets at JLL in Hong Kong, said he expects the vacancy rate for top-tier offices in key urban areas to climb as leasing demand continues to weaken.

"Decentralization for more cost-effective options will remain a major trend next year as tenants control real-estate costs in uncertain times," he said.

"Central will experience the greatest downward pressure as there's a significant rental gap between Central and other office submarkets."

Barnes and two other JLL executives made their predictions in Hong Kong on Thursday with regard to the company's year-end property market review and forecasts.

JLL believes the longest bull run in Hong Kong's property market history had ended in the second half of this year, and the city's Grade-A offices are already in a downward cycle.

New take-up rates of Grade-A offices have plummeted by 62 percent to just below 1.1 million square feet this year as a number of tenants have shelved expansion plans. The demand from Chinese mainland companies and co-working operators, in particular, has tumbled by 34 percent and 26 percent, respectively - a far cry from a bullish 2018.

Consequently, the overall market's vacancy rate has reached 5.9 percent -- the highest point since April 2010 — while the vacancy rate in Central has hit a 4-year high at 3.5 percent.

Meanwhile, the vacancy rates of top-notch offices on the Chinese mainland have also gone up in a similar fashion — hitting 20 percent in the third quarter — according to property consultancy Cushman & Wakefield, which studied the market in 18 mainland cities. In the same quarter last year, the vacancy rate was 16.7 percent.

In Hong Kong, prices and rents of offices, high street shops and residential properties, in general, are expected to fall by 10 to 20 percent next year, according to Illinois-based JLL.

The company pointed out that prime industrial properties would buck the broad trend with a mere 5 to 10-percent dip in 2020, given its strong demand.

Housing prices for the mass residential market in Hong Kong are projected to drop by 10 to 15 percent next year.

Joseph Tsang, chairman and head of capital markets at JLL in Hong Kong, believes that sentiment in the residential market will continue to be dictated by the civil unrest next year.

He reckons that even if the low-interest rates, as well as the higher mortgage ceiling granted by the HKSAR government, could take some of the woes off the market, the elixir couldn't be there for too long.

However, he said that in the worst-case scenario, the situation would not be as bad as some people may think.

In Tsang's view, the market could see a rebound of between 15 and 20 percent as substantial discounts by property developers would lure buyers back into the market.