TOKYO, June 14 (Xinhua) -- The chairman of Toshiba Corp.'s board of directors on Monday apologized to all stakeholders concerned after a probe by lawyers found the conglomerate had tried to collude with the government to thwart proposals by foreign activist investors. 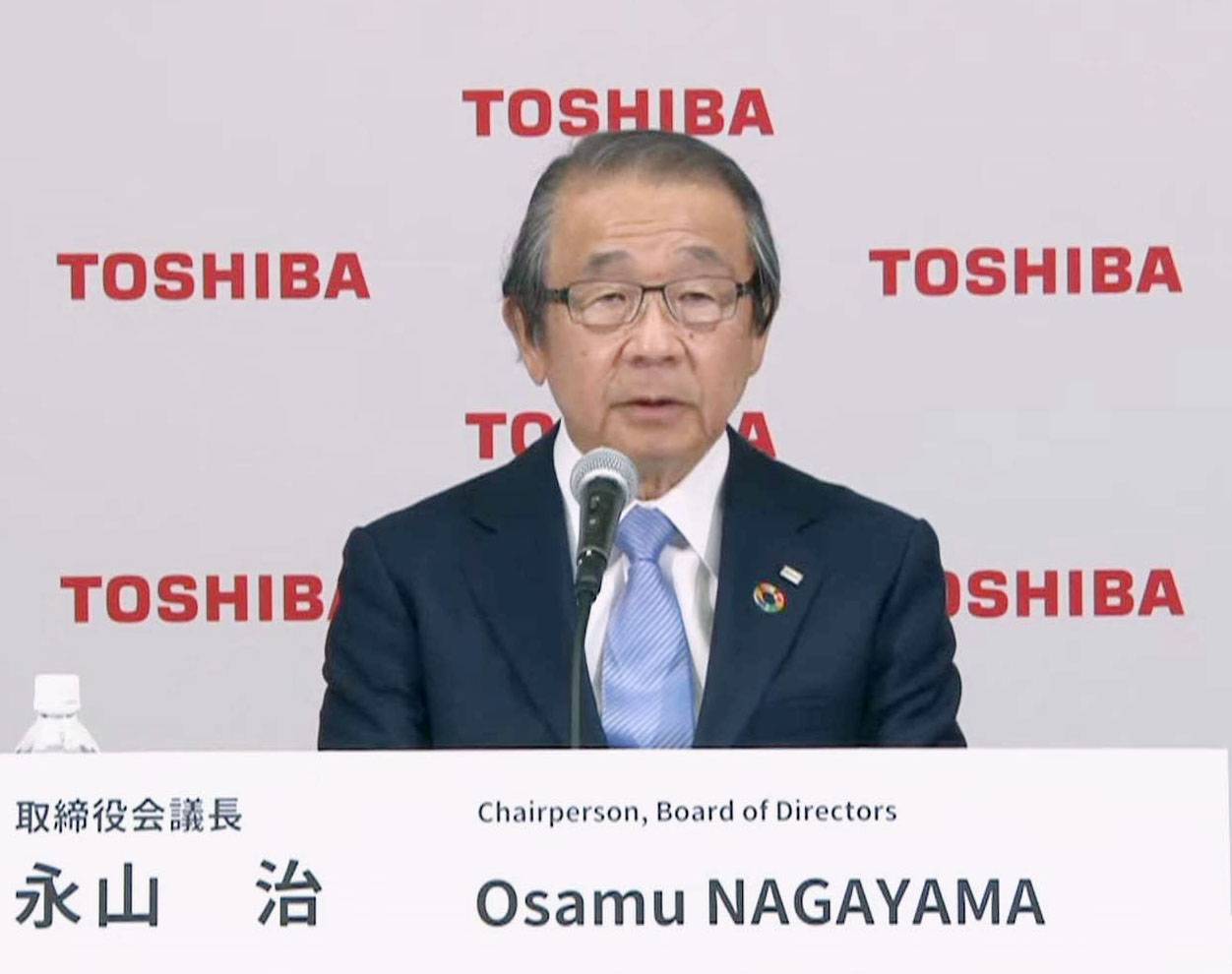 The apology made by Osamu Nagayama during an online press conference, followed an independent investigation by lawyers at the request of foreign shareholders.

The probe revealed that Toshiba tried to enlist the help of the industry ministry to block proposals by activist investors in a general shareholders' meeting in July 2020.

The meeting was chaired by former CEO Nobuaki Kurumatani.

"I apologize for causing confusion and worry among all stakeholders," Nagayama said during the press conference.

He said that Kurumatani's "confrontational approach" to investors was at the heart of the issue and those involved in exchanges with the government did not pay due attention to governance and compliance.

"We have to say those people who were engaged in exchanges with the government lacked awareness about governance and compliance," Nagayama said.

The probe determined last week that "in collaboration with the ministry, Toshiba exerted undue influence over the shareholders." It concluded the meeting was "not managed fairly."

Toshiba in a bid to redeem itself has altered its picks for the board of director nominees for shareholders to approve.

Two members of its audit committee who previously said there was nothing wrong with the shareholders' meeting held last year were cut from the list and two senior executives named in a report following the probe will now retire.

Nagayama, who has also caught flak over the issue, said that the priority now is to "rebuild Toshiba's board."