The boss of struggling Toshiba said Thursday he would cut 7,000 jobs over the next five years as the Japanese engineering firm pulled out of foreign investments and downgraded its annual profit forecasts. 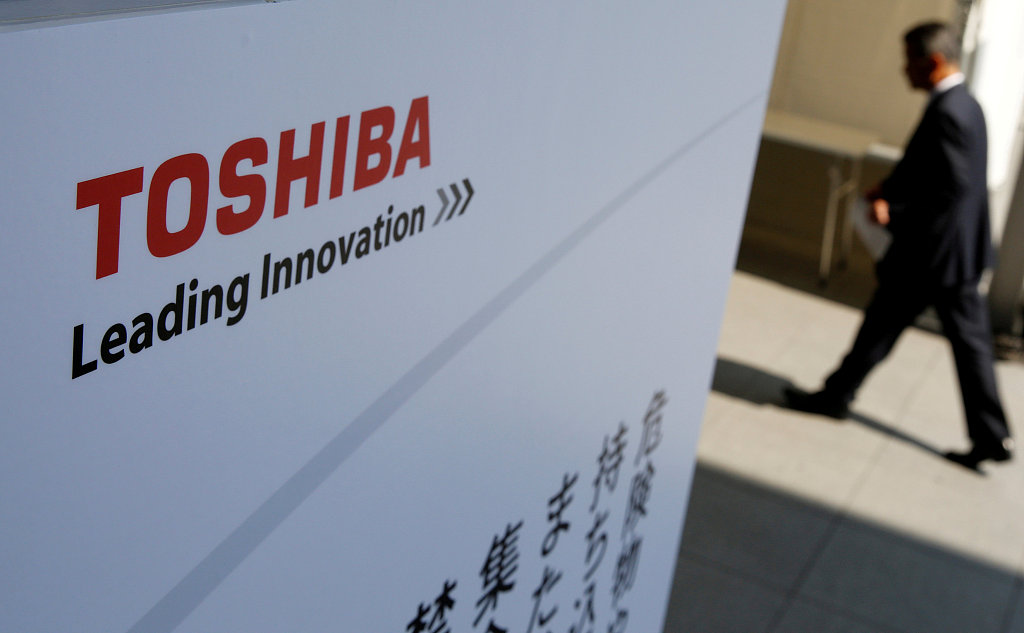 "Over the next five years, we expect a reduction of 7,000 jobs," many coming from early retirement, CEO Nobuaki Kurumatani told reporters in Tokyo.

In addition, efficiency gains from improved IT and the planned retirement of about 3,000 employees every year will contribute to the job cuts, he said.

Toshiba also expects to scrap or consolidate some factories and reduce its subsidiaries by 25 percent -- announcing the withdrawal from a US-based liquid natural gas business and the liquidation of NuGen, a nuclear subsidiary in Britain.

The former Japanese behemoth is going through a sweeping reform effort to revive itself following its disastrous acquisition of US nuclear energy firm Westinghouse, which racked up billions of dollars in losses before being placed under bankruptcy protection.

Annual operating profit outlook is now 60 billion yen, down from a previous 70 billion yen forecast, while the sales estimates were kept at 3,600 billion yen.

Still, the firm's share price soared, closing up more than 12 percent on the Tokyo stock exchange, mainly due to the announcement of a share buy-back programme.

To stay afloat, the cash-strapped group sold its lucrative chip business for $21 billion to K.K. Pangea, a special-purpose company controlled by a consortium led by US investor Bain Capital.

The sales of the memory unit continued to boost Toshiba's net profit, although the firm's operations remained under pressure.

For the six months to September, the company's net profit stood at 1.08 trillion yen, reversing a net loss of 49.8 billion yen seen a year earlier.

But its six-month operating profit fell to 6.98 billion yen, more than 80 percent down from a year ago when the company took emergency cost-cutting steps such as the dramatic reduction of seasonal bonuses to its workers.

First-half sales came to 1.78 trillion yen, down 5.1 percent from a year ago.