BUSINESS Tourism expected to experience a boom during upcoming holidays

Tourism expected to experience a boom during upcoming holidays 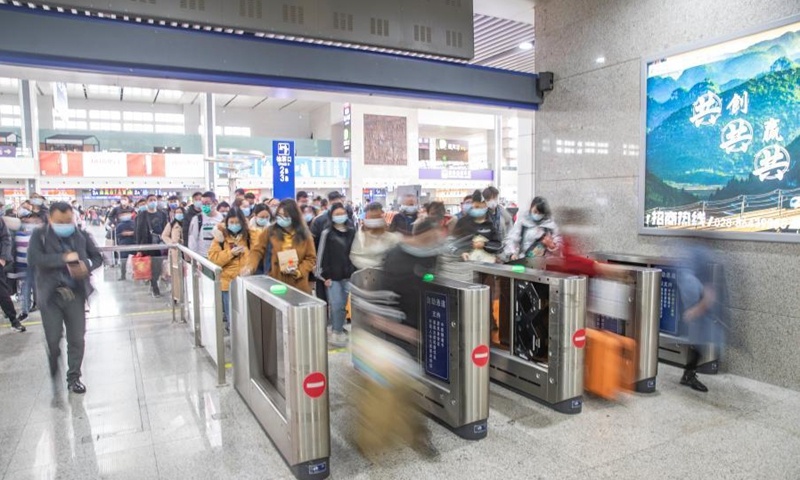 As the traditional Tomb-sweeping Day holiday in early April approaches, bookings for transportation tickets have gone up. Experts said that China's tourism sector will experience a boom as demand was restrained due to COVID-19 prevention measures since the Spring Festival holiday.

"Hot ticket sales are expected, as travel demand has been pent up since the Spring Festival holidays. Demand is being released as restrictions on the movement of people are eased," Zhang Lingyun, director of the Tourism Development Academy at Beijing Union University, told the Global Times on Tuesday.

Due to sporadic regional outbreaks, the Chinese government urged people to stay in their cities of work during the Spring Festival holidays. But as the situation gradually improved, many cities eased restrictions on traveling.

Gao Fu, the director of the Chinese Center for Disease Control and Prevention, said on Saturday that as the weather gets warm -- which curtails coronavirus' spread -- there is no evidence that travel should be restrained during the Tomb-sweeping Day holidays, the CCTV reported.

According to a study released by lvmama.com - a Chinese online travel platform -- since the beginning of March, tourism numbers have been surging. Visiting local scenic spots is the top choice for most Chinese people, although young white-collar workers and couples are more willing to travel further.

"Many people did not go back to their hometowns or travel at all during the Spring Festival holiday, but the demand is still there. Under the easing of pandemic prevention measures, this released demand will be a strong driver for China's tourism sector this year," Zhang said.

According to Zhang, despite the negative impact on tourism due to the pandemic, the outbreak also provided structural opportunities for domestic industry players as overseas travel was curtailed.

"China has many places to absorb the demand that overseas travel would have met, such as Sanya in South China's Hainan Province. If Chinese tourism providers seize the opportunity to meet the demand of these groups, they would have strong growth in the near future," Zhang said.