Profits at Japanese car giant Toyota hit the skids despite record sales, the company admitted Wednesday, although it said it expected to accelerate out of trouble in the year ahead. 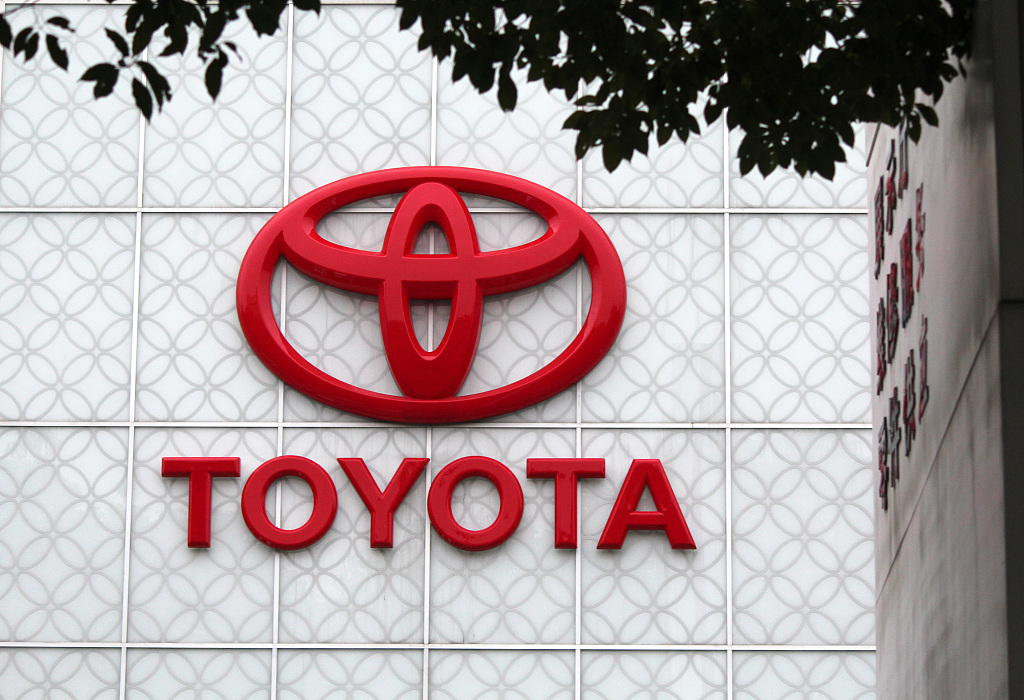 The maker of the Camry sedan and Prius hybrid said net profit was down 24.5 percent from its best-ever result the year before, at 1.88 trillion yen ($17 billion) in the year to March 31.

Toyota's bottom line was pushed down by some 294 billion yen in book losses on its investment portfolio.

Senior managing officer Masayoshi Shirayanagi blamed "the deterioration of the stock market in the current period" for the investment losses. He added the figures also suffered in comparison with previous year's 250-billion-yen boost from US tax reform.

However, the firm forecast net profit to rise 19.5 percent in the coming year to 2.25 trillion yen.

And sales rose 2.9 percent to a record 30.23 trillion yen, leaving an operating profit of 2.47 trillion yen, which was up 2.8 percent year-on-year.

Akio Toyoda, the firm's president, noted it was the first time a Japanese company had ever logged annual sales in excess of 30 trillion yen.

The firm expects operating profit for the current year to March 2020 will increase 3.3 percent to 2.55 trillion yen. Sales are forecast to sag 0.7 percent to 30 trillion yen.

"Toyota has cruised steadily, compared with its rivals," said analyst Satoru Takada at TIW, a Tokyo-based research and consulting firm.

"The firm largely showed a reasonable performance around the world at a time when the global market is slowing down," he said.

Takada was less bullish on the outlook of the auto industry.

Japanese carmakers have enjoyed a heyday in recent years with the North American market steadily recovering from the financial crisis of the late 2000s and China growing into a mammoth market, he noted.

"But the outlook for the two biggest markets is now murky, while material costs are rising," said the analyst.

"Also, they can't expect the one-time impact of US tax cuts, which temporarily boosted their profit before. Tough factors outnumbered positive ones," he told AFP.

The company forecasts net profit for the year ending March 2020 will grow 9.0 percent to 665 billion yen.

The business environment for auto companies has also been clouded by the US-China trade war and continued uncertainty from Brexit.

Toyota executives have said previously there would be no way to avoid a negative impact in the event of a no-deal Brexit.

The firm said its assembly plant in Burnaston in central England, which produces 600 vehicles per day, would be affected.

The plant operates under Toyota's famous "just-in-time" system, holding limited stock on site and relying on flexible imports of millions of component car parts from the EU.

"If Britain finally leaves the EU, automakers are likely to accelerate relocation talks. It is natural for them to move to a profitable place," Takada said.

Toyota shares were down some two percent late in the morning but trimmed the losses by more than half at the close after the results and guidance were announced.

This was mainly due to the announcement it would buy back shares for up to 300 billion yen, boosting the price.

Toyoda said the carmaker's main challenge was to guard against complacency in a fast-moving sector.

"The most dangerous attitude is believing 'Toyota is going to be okay'," he said, since the company is faced with cut-throat competition in a rapidly changing world.