Toyota, the world's top-selling automaker, said on Friday it would further slash production in Japan and abroad because of ongoing virus disruptions and a chronic global chip shortage. 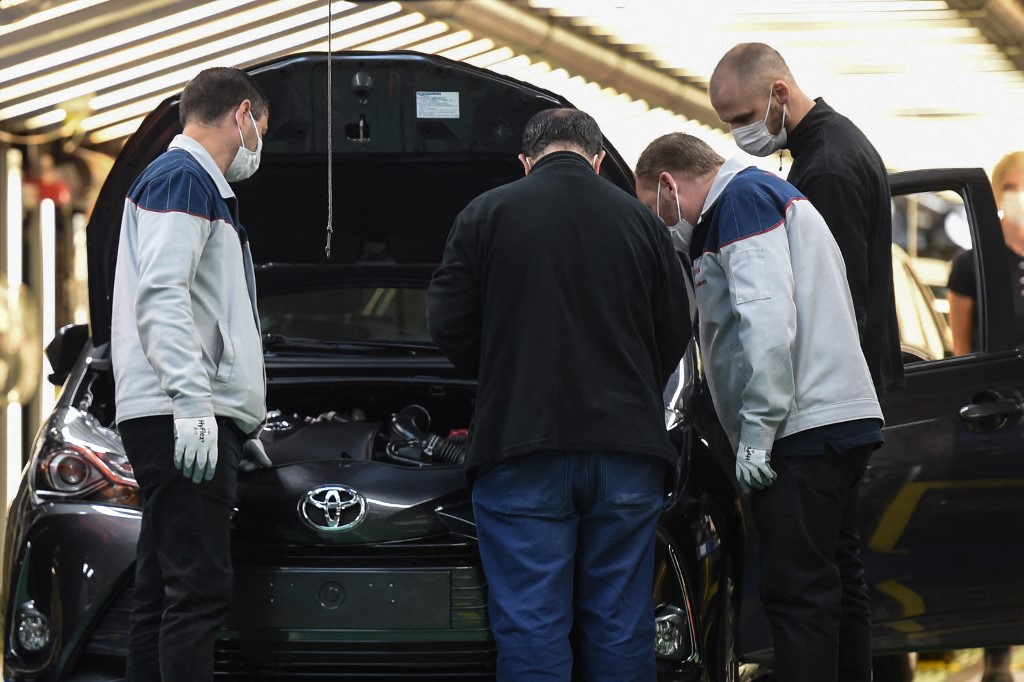 Employees of Toyota, wear protective facemasks and gloves as they work on vehicles at the assembly line of the Toyota automobile plant in Onnaing, near Valenciennes, on April 23, 2020. (File photo: AFP)

The Japanese car giant will cut output by 70,000 units in September and 330,000 in October, it said, adding that the move would reduce projected annual production for the fiscal year ending March 2022 to nine million vehicles.

It comes after the automaker had already last month announced a 40 percent cut to September production, equivalent to 360,000 units.

"Key reasons for the production adjustment include a decline in operations at several local suppliers due to the prolonged spread of Covid-19 in Southeast Asia and the impact of tighter semiconductor supplies," the firm said in a statement.

But it added that the move did not affect its full-year operating income forecast.

The auto industry has struggled to recover from the pandemic as new waves of infections affect production lines and with a continuing global shortage of the semiconductors used in modern vehicles.

Microchips are essential for car electronics systems and have been in short supply since the end of last year.

When the pandemic hit, carmakers scaled back orders and chipmakers shifted output to consumer electronics as people splurged on equipment to work and relax at home -- leaving automakers in a tight situation as demand for vehicles picked up.

Toyota's rivals have also been forced to slow or temporarily halt production because of the chip shortage.