BUSINESS Toyota profits up, Honda’s down, both lower annual forecasts

Toyota profits up, Honda’s down, both lower annual forecasts 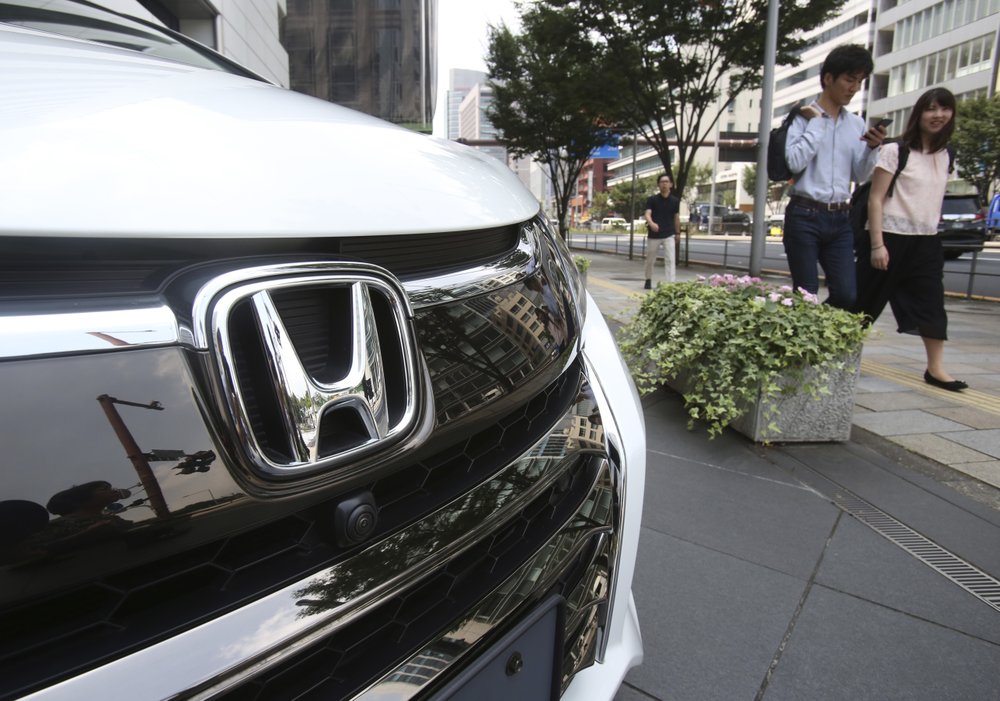 Both Japanese automakers on Friday lowered their profit forecasts for the fiscal year, blaming an unfavorable foreign exchange rate.

Toyota’s consolidated vehicle sales for the period totaled 2.3 million, an increase of more than 67,000 vehicles from the previous year. By region, vehicle sales rose in Japan, the rest of Asia and Europe but fell in North America, according to the maker of the Prius hybrid, Corolla subcompact and Lexus luxury brand.

The auto industry has been challenged lately by major shifts in technology such as automated driving, ecological vehicles such as electric cars and hybrids, as well as the use of artificial intelligence and internet connectivity in cars.

Nissan Motor Co., which reported nose-diving profits last week, has been shaken by the financial misconduct of its star former chairman Carlos Ghosn. Ghosn, who awaits trial in Japan, says he is innocent.

The Yokohama-based maker of the March subcompact, Prius hybrid and Infiniti luxury models, announced it was slashing 12,500 jobs or about 9% of its global workforce to cut costs and achieve a turnaround.

Honda, which makes the Accord sedan, Odyssey minivan and Asimo robot, lowered its profit forecast for the fiscal year through March 2020 to 645 billion yen ($6 billion), down from an earlier forecast of 665 billion yen ($6.2 billion).

But the latest projection is better than the 610 billion yen Honda earned the previous year.

Toyota’s new forecast is still an improvement over the 1.88 trillion yen ($18 billion) earned for the fiscal year ended in March.

Honda expects to sell 5.1 million vehicles and 20 million motorcycles for this fiscal year.

Toyota expects to sell more than 10 million vehicles for the fiscal year, ranking it among the world’s top automakers in global vehicle sales, along with Volkswagen AG.

Nissan, when sales are combined with alliance partners such as Renault SA of France, was poised to mark similarly huge global vehicle sales. But that appears uncertain after Ghosn’s arrest tarnished its image.