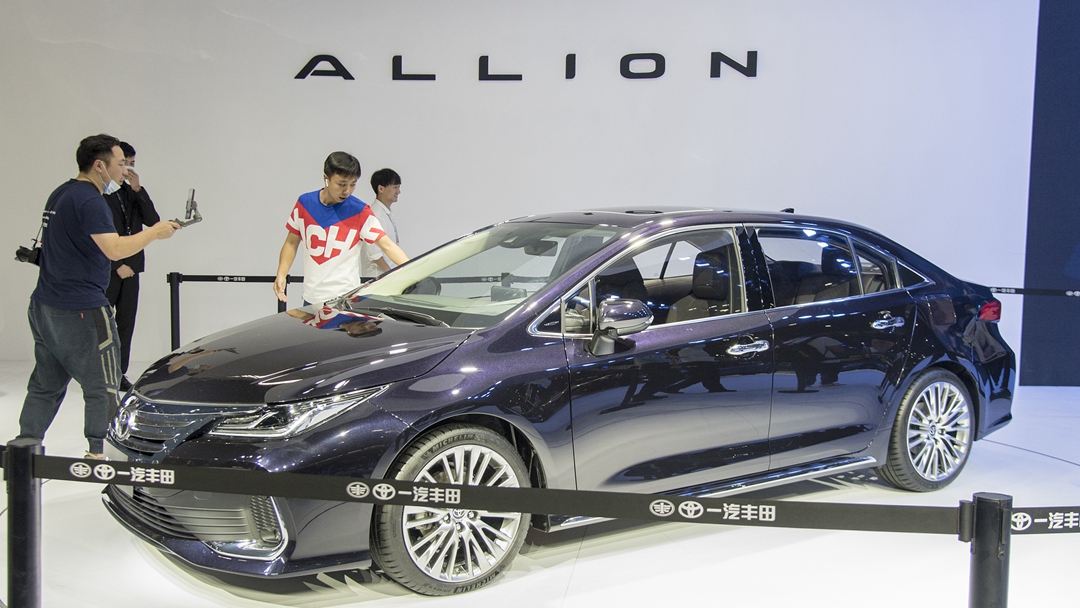 In China, an increasingly important market for top Japanese automaker Toyota, the company has partnerships with FAW and GAC and is adding new car plants for electric vehicles to meet government requirements.

Automakers' sales slumped in the first months of last year in China as the government implemented travel restrictions to prevent the spread of coronavirus. But overall sales recovered in the second half and China's auto industry now expects sales to have declined just 1.9 percent last year.

Toyota did not offer a sales target for China this year in the statement. Rival GM sold 2.9 million vehicles last year in China, down 6.2 percent compared with 2019. Volkswagen, which sold more than 3 million vehicles in 2019, has not announced its 2020 China sales yet.

The Japanese company has also launched a new joint venture for hydrogen fuel cell systems with several Chinese automakers as it touts own technology in the country.

It is also developing autonomous driving technologies with startup Pony.ai, which has a Chinese background.