BUSINESS Toys 'R' Us to close all US stores

Toys 'R' Us to close all US stores 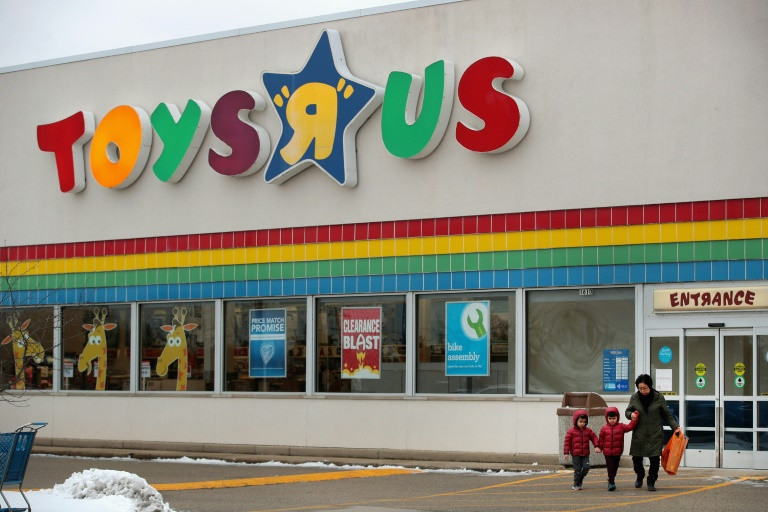 Toys 'R' Us will close all of its US stores including this one in Highland Park, Illinois, seen in January (Photo: AFP)

Toys 'R' Us, the iconic retail chain that has captivated American kids for generations, has announced plans to shut all of its US stores, becoming one of the biggest casualties of the retail shakeout amid the rise of e-commerce.

The debt-plagued company announced in the early hours of Thursday that it has filed a motion for bankruptcy court approval to liquidate its US operations, a move that could hit 33,000 jobs.

"This is a profoundly sad day for us as well as the millions of kids and families who we have served for the past 70 years," chief executive Dave Brandon said in a statement.

"I am very disappointed with the result, but we no longer have the financial support to continue the company's US operations."

The chain will shutter all 735 stores remaining in the United States, it said in a statement -- down from the 881 it listed just last month. For shoppers, the company says gift cards will be honored for 30 days.

The privately-held company says it is exploring a plan to sell 200 top-performing US stores in a package deal with its Canadian division.

That scenario could potentially keep the Toys 'R' Us brand alive, but in a much reduced form compared with its pre-Internet heyday, when it thrilled generations of children with its well-stocked aisles and its friendly mascot, Geoffrey the giraffe.

Started in 1948 by World War II veteran Charles Lazarus at a single store in the US capital Washington, called "Children's Bargain Town," the company began calling itself Toys 'R' Us in 1957 and went public in 1978 after a period of heavy growth amid the post-war period.

Its prominence as a vendor of stuffed animals, board games and later video games remained strong through the 1980s, but began to erode in the 1990s as big box stores such as Walmart and Target began selling more toys -- at lower prices.

Beset by these pressures, Toys 'R' Us in 2005 was taken private by a consortium of investors that included the KKR Group and Bain Capital in a move that saddled the company with billions of dollars of debt.

More recently, Toys 'R' Us has been buffeted by the competition from Amazon and other online vendors, which have affected all retailers, leading to bankruptcies and creating a generation of "dead malls" around the United States as department stores and other shops vanish amid a shift to click-and-deliver purchases.

In September, the company filed for bankruptcy protection, hoping to reorganize $5 billion in long-term debt.

The company's goal during this past holiday season and beyond was "continuing to put huge smiles on children’s faces," Brandon said.

But a weak Christmas shopping season weighed on the company's efforts to reorganize, analysts said.

"As the competitive dynamics of the toy market intensified, management failed to respond and evolve. As such, the brand lost relevance, customers and ultimately sales," Saunders said in a note Wednesday.

"The main tragedy of liquidation will be the extensive loss of jobs. In our view, those on the shop-floor have been badly let down by management and those doing financial deals.

In Thursday's statement, the company said it is pursuing a "going concern" reorganization and sale process for its Canadian and international operations in Asia and Central Europe, including Germany, Austria and Switzerland.

"The Company’s international operations in Australia, France, Poland, Portugal and Spain are considering their options in light of this announcement," it said.