BUSINESS Tracking the twists and turns of WeWork's IPO

Tracking the twists and turns of WeWork's IPO

WeWork, the shared workspace startup, announced on Tuesday that it would postpone its IPO, originally scheduled for early September, to be completed before the end of the year. 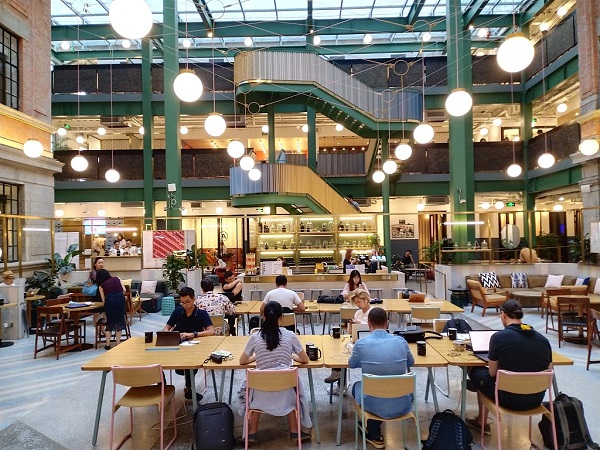 This comes after a series of twists and turns since WeWork first confidentially submitted plans for a listing late last year.

We Co., the parent company of WeWork, was initially valued at 47 billion U.S. dollars in an investment round led by Softbank. But it later considered slashing its valuation to somewhere near the 20-billion-dollar range, after investors raised doubts over its business model and the over-sized control, Adam Neumann, the co-founder and CEO, has over the company.

WeWork's business model is primarily real-estate: it rents space, divides it into smaller office spaces, renovates them with a touch of modern design, then sublease them to companies. The turnover rate at WeWork is higher than market average, breaking the industry norm of a 10-year commercial lease.

WeWork's existence certainly fills a void in the market — entrepreneurs and small businesses need more flexibility in office space renting — but its insatiable appetite for cash is what drives concerns among investors. Investors argue that its business model of securing long-term lease from real estate companies and then subleasing the space to entrepreneurs on a short-term basis is unsustainable.

Nine years into its founding, and it has never been able to generate profit. According to the company's prospectus, revenue in the first six months of 2019 rose to 1.5 billion U.S. dollars, but that number is just slightly over half of its total expenditure of 2.9 billion dollars.

For a location to bring stable cash flow, it must be open for more than 24 months, for the gain in rental payment to offset the hefty construction cost, according to WeWork's prospectus. But around 70 percent of its 528 locations across 29 countries have been open for 24 months or less, due to WeWork's rapid pace of global expansion.

Apart from its business model, its corporate governance structure centered on CEO Neumann, which raised concerns of potential conflicts of interest among investors. 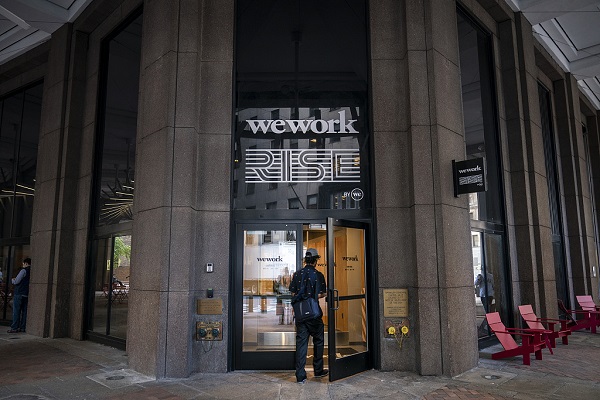 A WeWork office facility in the Financial District in New York City, September 13, 2019.

It was first revealed by media that Neumann bought four out of 528 locations of WeWork, then leased his own properties to the company, bringing him millions of dollars in rent each year.

Following public push-backs, WeWork disclosed the details of financial transactions involving Neumann's properties in the prospectus. It revealed, for the first time, that from 2016-2018, Neumann received cash payments totaling 16.7 million dollars from WeWork for his properties.

Another point of public scrutiny was Neumann's stocks in the company. He was accused of cashing out around 700 million dollars through selling some of his holdings in the company, and taking out loans against the stocks he left. This is a rare move for a CEO before the company goes public, because it signals a lack of faith in the company's future.

In a scramble to regain investors' confidence, WeWork announced a series of measures to reduce potential conflict of interest, promising that Neumann would not purchase additional property to lease to the company. 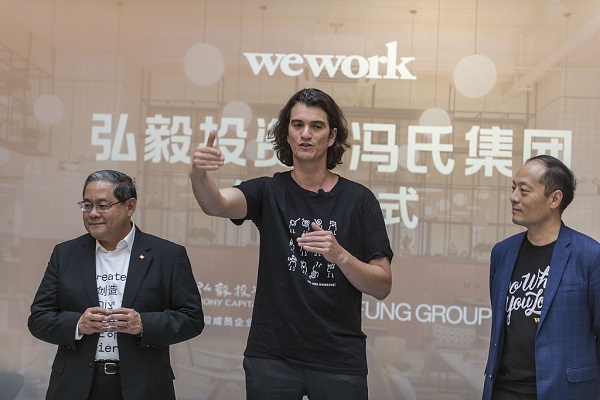 It also promised to curb the executive voting power of Neumann from 20 votes per share to 10, and prohibited Neumann and his wife from handpicking the successor.

WeWork's IPO came amid a big year of IPO rush for tech companies. In the U.S., A number of private tech unicorns have gone public, some of which had a less-than-satisfactory performance. Among the most high-profile are Uber and Lyft. The shares of the two ride-hailing giants are now both below their IPO prices.

The sharing economy business — the industry where most of the IPO rush is — still has a long way to go before convincing investors that the intensive cash-burning business has the potential to generate returns in the longer term.

WeWork's turbulent IPO process should serve as a cautionary tale for ambitious fast-growing yet unprofitable startups eyeing for an IPO.