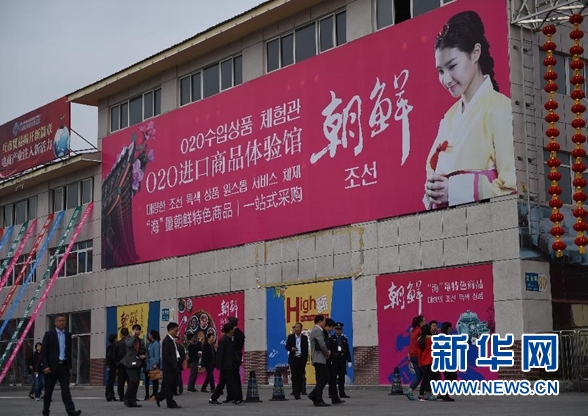 Experts and local businesspeople expect a trade boom along the China-North Korea border following recent diplomatic breakthroughs on the Korean Peninsula, although when UN sanctions on North Korea will be lifted remains uncertain.

Wang said it is common knowledge among merchants that China and North Korea are enhancing their relationship, and that North Korea is focusing on its economic development.

In Dandong, a border city, also in Liaoning, where property prices have skyrocketed since North Korean leader Kim Jong-un's first visit to Beijing in March, people are expecting an economic boom.

However, the widely expected boom is still on hold, as local people say that no obvious changes or reinstatement of trade have occurred.

"Trade with North Korea has not yet been resumed," an agricultural product dealer based in Yanji, Northeast China's Jilin Province, told the Global Times on Wednesday.

Yanji is the capital city of Yanbian Korean Autonomous Prefecture, located just 10 kilometers away from the border between China and North Korea.

The reason behind the stagnation is the UN sanctions on North Korea, which have not yet been lifted even after recent changes, Da Zhigang, director of the Institute of Northeast Asian Studies at the Heilongjiang Provincial Academy of Social Sciences, told the Global Times on Wednesday.

UN sanctions disallow trade with North Korea. So even if merchants are willing to do so, they cannot, as China has promised to fully and continuously enforce the sanctions, Da noted.

But "as long as North Korea remains focused on its economic development and is committed to denuclearization, it is only a matter of time before we see a trade thaw and boom alongside the China-North Korea border," Da said, adding that the UN sanctions are likely to be lifted in a phased process in accordance with North Korea's efforts on denuclearization.