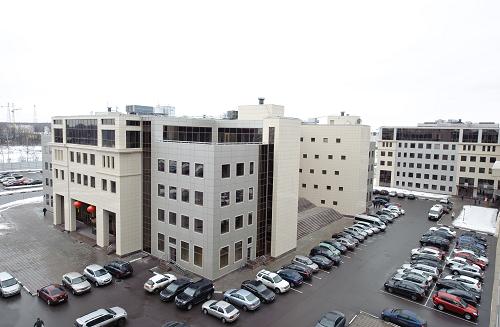 China's largest business investment project in Russia, Chengtong Greenwood International Trade Center, is being held up as a prime example to help Chinese enterprises tap into the Russian market.

The Chengtong Greenwood International Trade Center was then established, a 20-hectare Park situated in the northwest of Moscow.

It is serving as a major platform for promoting business and investment in Russia.

Now, more than 300 enterprises from 14 countries have settled in the trade center.

170 of them are Chinese-funded enterprises, including Huawei, Sany Heavy Industries and Industrial and Commercial Bank of China.

Various kinds of business promotion activities are also held in the park every year to boost trade.

Zhou Liqun adds that the company plans to further enhance its service quality.

"Last year, we inked an agreement with GazpromBank to build China-Russia Development Fund. We have already invested 5 billion dollars in it and will invest more in other projects. We also plan to offer more financial services for Chinese enterprises operating here."

Looking ahead, Zhou says Zhongchengtong International plans to tap into the banking and insurance sectors in Russia to enhance its role as a financing platform.