BUSINESS Trade war raises concerns about the US economy

Trade war raises concerns about the US economy 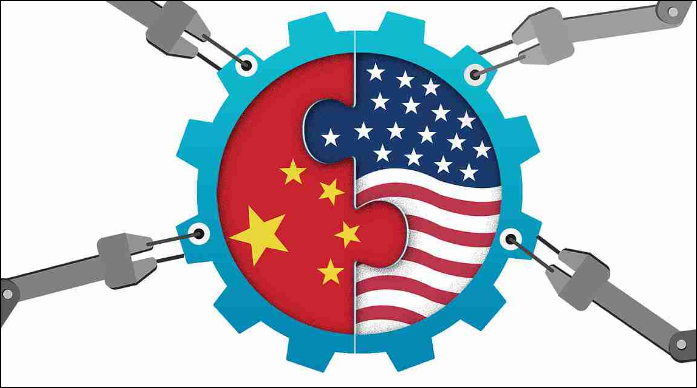 While the US was holding a public hearing this week on proposed tariffs on more Chinese products, experts and enterprises voiced more concerns over the consequent damages on US economy.

The previous tariffs imposed on $34 billion worth of Chinese goods since July has already put pressure on US companies.

Due to the tariffs, US importers placed additional orders to be shipped and delivered before their implementation, leading to higher ocean and air freight costs, as well as increasing warehousing costs in the US, said Henry Ko, managing director for Asia at Flexport, a US-based freight forwarding company, noting the entire supply chain has to bear additional costs, CNBC reported on Wednesday.

Besides for raising the costs in the supply chain, tariffs also elevate the cost of purchasing materials and the additional tariffs will further reduce US companies’ profit margins, the Wall Street Journal reported on Friday, quoting Jake Colvin, vice president of US National Foreign Trade Council.

Ironically, nearly all of the Chinese products targeted by US tariffs are goods and equipment needed by US industries, said economists with the Peterson Institute for International Economics, AFP reported on Thursday.

These rising concerns about the business environment have turned into worries about the growth of the US economy.

Economists believed that the US economy will slowly, but steadily, grow in the coming quarters after a four-year high seen in April-June because of damage inflicted by the trade war, according to a Reuters poll released on Thursday.

Although the US economy had its strongest performance in nearly four years with a growth rate of 4.1 percent in the second quarter, which was partly boosted by $1.5 trillion in tax cuts passed late last year, this latest poll of more than 100 economists showed they predicted the economic growth would lose momentum and would grow only at less than half the current rate next year.