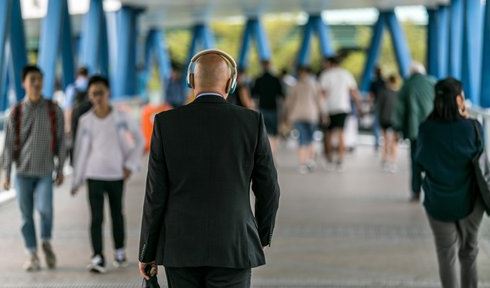 The ongoing trade war between the world's two largest economies is casting a shadow on China's tourism industry, especially on the niche business travel market known as "MICE tourism."The term MICE is an acronym for meetings, incentives, conferences and exhibitions.The budget for MICE tourism is often made about one year in advance. Last year, after the China-US trade war broke out, many domestic companies felt that they were affected and cut their MICE tourism budgets. As a result, the domestic MICE industry looks a bit gloomy this year. "Our clients told us that they will cut their MICE tourism budgets for 2019 substantially," said Wang Weihui, deputy director of the second division under the Shanghai subsidiary of the Grand China Express. Because of the trade war, China's MICE tourism might encounter an inflection point. Under the circumstances, overseas travel agencies have rolled out road shows in China recently in an attempt to grab a slice of the pie. Changing markets Compared with ordinary tourism, the amount of spending in MICE tourism is often much higher. This has caused many countries to pay special attention to MICE tourists. For example, some countries have established conference award bureaus or exhibition and convention bureaus that are independent from their tourism boards in order to boost the development of MICE tourism. And of the international markets they want to explore, China's market is favored. This is due in part to China's surging spending on business tourism. By the end of 2015, China had become the world's largest business travel consumption market in the world. China's business travel expenditures surpassed $344.6 billion in 2017. Although statistics have not been released as to how much money Chinese people spent on business travel in 2018, market forecasts have pointed toward further growth. But now, doubt has been cast on whether China can keep up this growth trend, and judging from the anticipation of many industry insiders, the prospects are not that good. Wang, for example, is among those worried about the Chinese MICE market. Her company's major MICE clients are automobile and medical companies, which are usually the most generous in the domestic business travel industry. But recently, the MICE market for medical industries has fluctuated because of policy changes, while the automobile industry is edging down, shadowed by the impact from the China-US trade war. Zhang Wei, senior supervisor of the enterprise customer department under aoyou.com, said that a high proportion of the company's clients have expressed an inclination to cut MICE expenditures, and clients who still intend to organize MICE trips would plan trips within China so as to cut costs. Two representatives from exhibition companies in South China's Guangdong Province said on condition of anonymity that since customers in automobile, medical and direct sales industries are affected by the market slowdown, they are actively exploring other types of clients, such as WeChat merchants or clients from the education and training industries. But they said that such efforts won't make up for the loss brought about by the slump of traditional pillar industries at a time when the overall economic outlook still remains cloudy. Scramble for Chinese customers While market demand is down, competition is heating up. Many overseas players have increased their MICE marketing for the Chinese market by kicking off a series of road shows in China in April and May. On April 15, the Malaysia Convention & Exhibition Bureau (MyCEB) started a road show tour in Beijing. Datuk Zulkefli Haji Sharif, CEO of MyCEB, said that Malaysia is aiming for about 4 million Chinese tourists in 2019 and it is planning to increase the proportion of MICE clients among overall Chinese tourists to about 8 percent. According to Sharif, the number of Chinese tourists that visited Malaysia in 2018 reached 2.94 million, rising 29 percent on a yearly basis, and about 6 to 7 percent of them were MICE customers.  On the same day, the Dubai Convention Bureau also launched promotional conferences for the Chinese market, during which it communicated with domestic MICE clients.Singapore is also mounting efforts to grasp China's MICE market. This year, the Singapore Tourism Board organized its annual MICE conference not in China, like it usually does, but in Singapore. It also invited more than 60 Chinese MICE clients to Singapore to interact with local travel companies. Ou Yanmei, deputy director of the Singapore Tourism Board, said that Singapore wants to deepen Chinese clients' understanding of Singapore's MICE industry. During the event, a number of tourist activities had been organized, such as a city motorcycle tour, dragon boat racing as well as perfume making. "It's very useful that we experience those tourism resources in person," Wang said, adding that customers are becoming smarter and they increasingly seek innovative experiences as part of MICE activities, so travel agencies need to have a thorough understanding of the travel resources in tourism destinations in order to convince companies to buy their products. By the end of September 2018, Chinese tourists had generated 3.16 billion SGD ($2.29 billion) in tourism revenue in Singapore, up by 3 percent year-on-year.