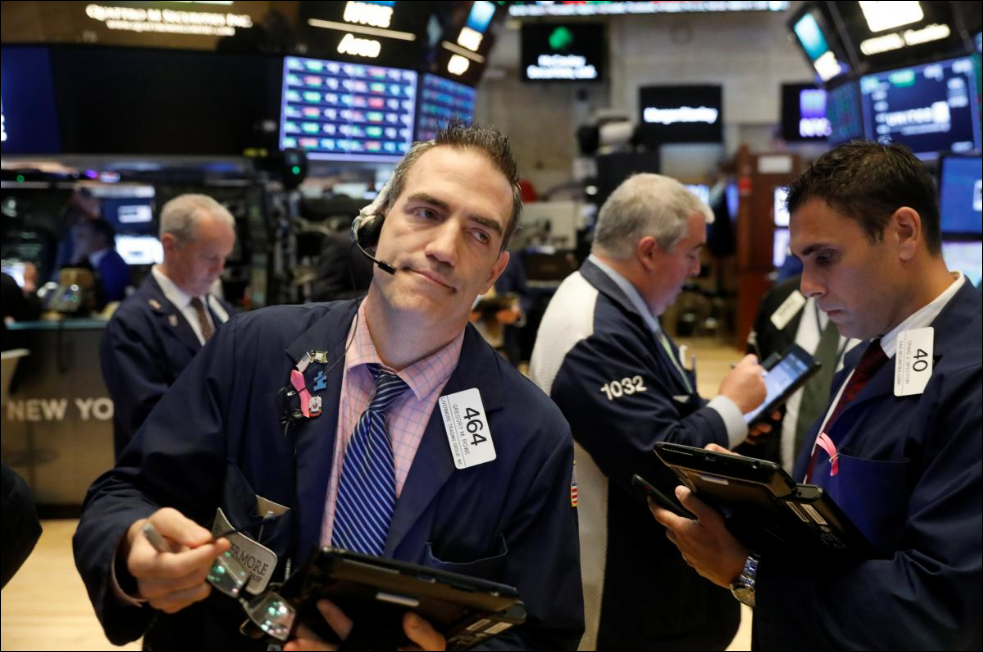 Traders work on the floor of the New York Stock Exchange shortly after the opening bell in New York, US, June 4, 2018. (Photo: Reuters)

US stocks fell on Friday after the United States announced tariffs on $50 billion worth of Chinese goods, prompting Beijing to warn of retaliation and reigniting fears of a trade war between the world’s two largest economies.

Also weighing on the indexes were oil prices, which tumbled more than 3 percent ahead of an OPEC meeting next week where two of the world’s biggest producers are expected to indicate an increase in output. [O/R]

The energy index .SPNY fell 1.8 percent and was the biggest decliner among the major S&P sectors.

President Donald Trump said in a statement that a 25 percent tariff would be imposed on an initial list of strategically important imports from China from July 6 and vowed further measures if Beijing struck back.

In response, China’s Commerce Ministry said it planned to impose tariffs of similar size and intensity. Beijing has published its own list that targets $50 billion in US goods, including soybeans, aircraft and autos.

The two countries have held three rounds of high-level talks since early May that have yet to yield a compromise, with the United States pressing China to resolve issues over its industrial policy, market access and a $375 billion trade gap.

Boeing (BA.N), the single largest US exporter to China, fell 2 percent, dragging the Dow lower for the fourth day in a row.

“With the announcement of the tariffs, there’s a real risk that we can see a continued increased escalation,” said Robin Anderson, senior economist at Principal Global Investors in Des Moines, Iowa.

“But you still have the underlying environment of strong economic fundamentals, at least in the US, which dampens the negative impact coming from these pockets of volatility.”

The US Federal Reserve increased its key interest rate for the second time this year on Wednesday and hinted at two more hikes by the end of 2018, pointing to strength in the US economy.

The University Of Michigan’s preliminary reading of its consumers sentiment index for June rose to 99.3, above the estimated 98.5.