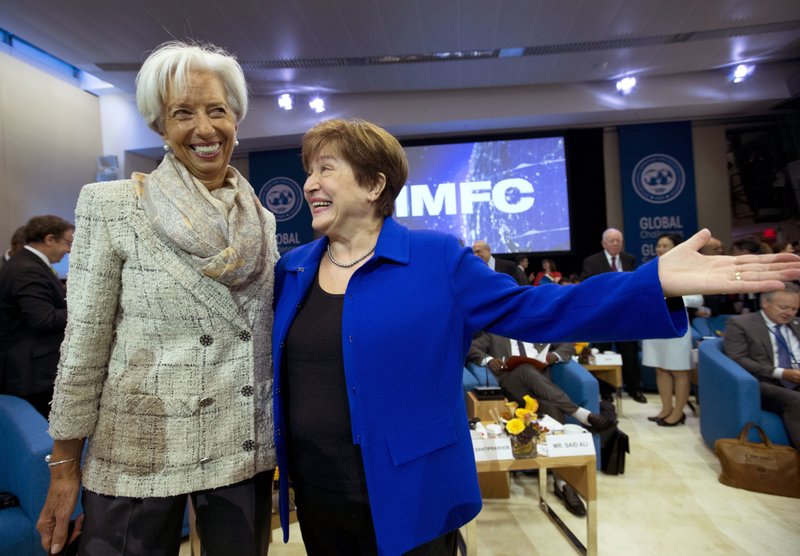 The Trump administration is defending its get-tough approach to trade against widespread attacks from America’s trading partners while at the same time arguing that many countries must increase government spending to boost global growth.

Treasury Secretary Steven Mnuchin said US trade policies, which have included tariffs on billions of dollars of imports from China and other nations, are intended to improve the rules for global trade.

“We are preparing a foundation for future growth through fairer trade deals,” Mnuchin said in remarks Saturday to the policy-setting committee of the International Monetary Fund.

Mnuchin said negotiations last week between the United States and China, the world’s two biggest economies, had achieved “substantial progress” on phase one of a trade deal.

President Donald Trump cited that progress when he suspended a tariff increase on $250 billion of Chinese products that had been scheduled to take effect this week. Nonetheless, details on what was in the deal have not been released, raising concerns that both countries remain far apart on a final agreement.

Higher US tariffs did go into effect Friday on $7.5 billion in European goods coming into the United States in a dispute involving airplane subsidies.

Mnuchin called on countries with budget surpluses such as Germany and China to do more to aid global growth through higher government spending.

Three days of meetings among finance officials were wrapping up Saturday with discussions by the policy-setting committees of the 189-nation IMF and the World Bank.

Finance ministers and central bank governors from the Group of 20 major industrial countries said Friday that while growth has slowed, there should be a modest pickup next year as long as trade and political tensions do not worsen.

The IMF, in an updated economic outlook, projected the global economy would expand by 3% this year, the weakest showing in a decade, with 90 percent of the globe experiencing a downshift in growth this year. But it is forecasting growth will accelerate to 3.4% in 2020, still below the 3.6% global growth seen in 2018.

World Bank President David Malpass said the slowdown in global growth was hurting efforts to help the 700 million people around the world living in extreme poverty, especially in nations trying to cope with a flood of refugees from regional conflicts.

The fall meetings of the IMF and World Bank have been dominated by the trade disputes triggered by the Trump administration’s policies aimed at lowering America’s huge trade deficits and boosting US manufacturing jobs. So far, those efforts have made little headway.