WASHINGTON, May 30 (Xinhua) -- US President Donald Trump on Thursday said he would impose a new 5-percent tariff on all imported Mexican goods beginning June 10 so as to pressure the country to halt undocumented migrants crossing the border. 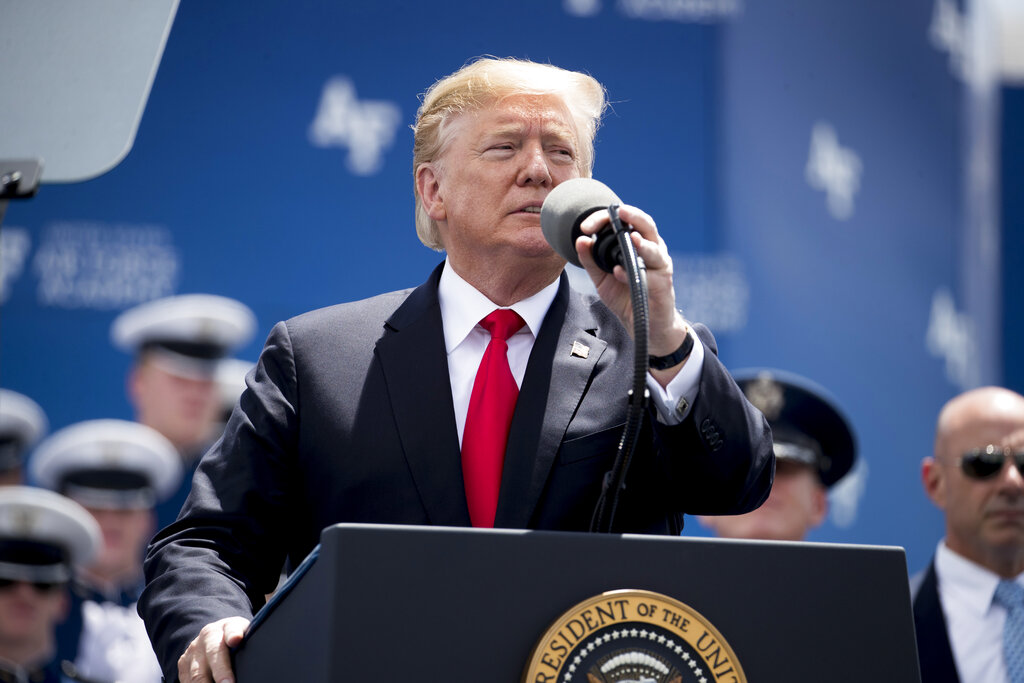 "On June 10th, the United States will impose a 5% Tariff on all goods coming into our Country from Mexico, until such time as illegal migrants coming through Mexico, and into our Country, STOP. The Tariff will gradually increase until the Illegal Immigration problem is remedied....at which time the Tariffs will be removed," Trump said on Twitter.

In a statement released on Thursday evening, White House said if the situation on the US-Mexico border is not improved, the tariffs will be raised to 10 percent on July 1, 2019.

"Similarly, if Mexico still has not taken action to dramatically reduce or eliminate the number of illegal aliens crossing its territory into the United States, Tariffs will be increased to 15 percent on August 1, 2019, to 20 percent on September 1, 2019, and to 25 percent on October 1, 2019," the statement said.

"Tariffs will permanently remain at the 25 percent level unless and until Mexico substantially stops the illegal inflow of aliens coming through its territory," the statement said. "If the illegal migration crisis is alleviated through effective actions taken by Mexico, to be determined in our sole discretion and judgment, the Tariffs will be removed."

Immigration has been at the center of the political battle between Trump and the Democrats since the beginning of his tenure. The president has repeatedly threatened Mexico with tariffs in recent years over the issue. The US Customs and Border Protection turned away or apprehended more than 103,000 migrants at the US-Mexico border in March, the highest in the past six years.

If Trump makes good on a tariff threat against Mexico, it is not clear how that would affect the US-Mexico-Canada trade deal, which White House is pushing the Congress to ratify.