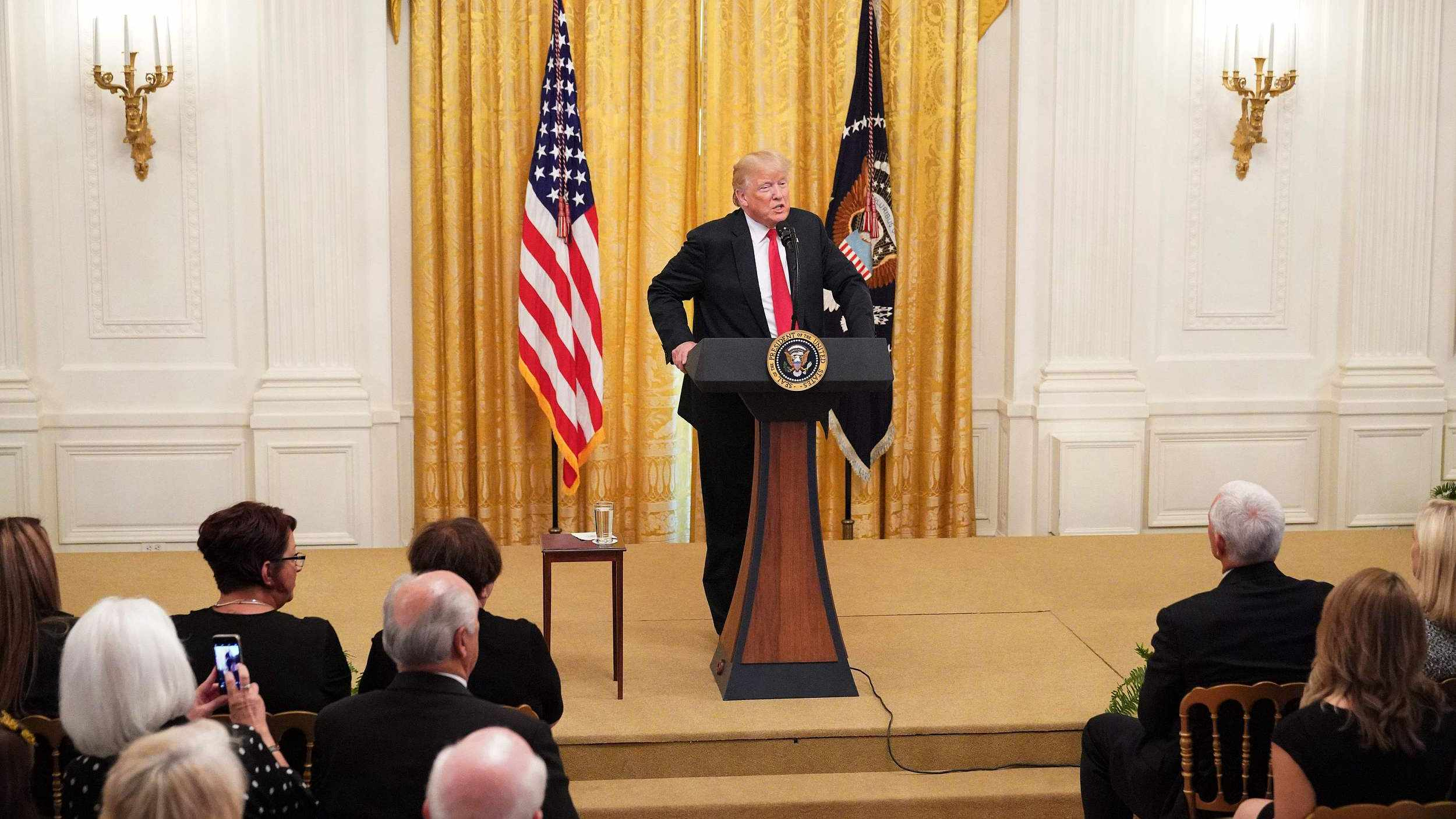 US President Donald Trump has lashed out at the Federal Reserve for raising interest rates and said the central bank should do more to help him to boost the economy.

“I’m not thrilled with his raising of interest rates, no. I’m not thrilled,” Trump told Reuters, referring to Fed chairman Jerome Powell who the president nominated last year to replace Janet Yellen.

American presidents have rarely criticized the Fed in recent decades because its independence has been seen as important for economic stability.

But Trump has departed from this past practice and said he would not shy from future criticism should the Fed keep lifting rates.

The president spooked investors in July when he criticized the US central bank’s over its tightening of monetary policy. On Monday he said the Fed should be more accommodating on interest rates.

US stock prices dipped after Trump’s comments to Reuters and the US dollar .DXY edged down against a basket of currencies.

Trump, who criticized the Fed when he was a candidate, said other countries benefited from their central banks’ moves during tough trade talks, but the United States was not getting support from the Fed.

“We’re negotiating very powerfully and strongly with other nations. We’re going to win. But during this period of time, I should be given some help by the Fed. The other countries are accommodated,” Trump said.

The Fed has raised interest rates twice this year and is expected to do so again next month with consumer price inflation rising to 2.9 percent in July, its highest level in six years, and unemployment at 3.9 percent, the lowest level in about 20 years.

After leaving its policy interest rates at historic lows for about six years after the 2008 global financial crisis, the Fed began slowly raising rates again in late 2015.

The euro is off by about 4.3 percent against the greenback this year, beset by concerns over the pace of economic growth in the EU trading bloc and over US-European trade tensions.

Trump has made reducing US trade deficits a priority and the combination of rising interest rates and a strengthening dollar pose risks for export growth.

A Fed spokesman declined to comment on Trump’s remarks on Monday.

Powell last month said in an interview that the Fed has a “long tradition” of independence from political concerns and that no one in the Trump administration had said anything to him that gave him concerns on that front.

“We’re going to do our business in a way that’s strictly non-political, without taking political issues into consideration, and that carries out the mandate Congress has given us,” he said.

Financial market analysts doubt current Fed policymakers are likely to be cowed by Trump’s outbursts over their policy choices.

Still, it might affect candidates for openings on the bank’s seven-member board, said Guy LeBas, fixed income strategist at Janney Montgomery Scott in Philadelphia. Currently, only three seats are filled.

“I doubt these comments move the needle for Powell and his colleagues, but it certainly sends a strong signal to those candidates interested in vying for one of the Fed Board’s many open seats: favor easy money policy or find another job,” LeBas said.

In addition to picking Powell as Fed chair, Trump has appointed one other board member, Randal Quarles, and has nominated three others to the panel, two of whom are expected to be confirmed soon by the Senate. That leaves at least one other current opening for him to fill.

Asked if he believed in the Fed’s independence, Trump said: “I believe in the Fed doing what’s good for the country.”

Powell took over as Fed chief earlier this year.

“Am I happy with my choice?” Trump said to Reuters about Powell. “I’ll let you know in seven years.”