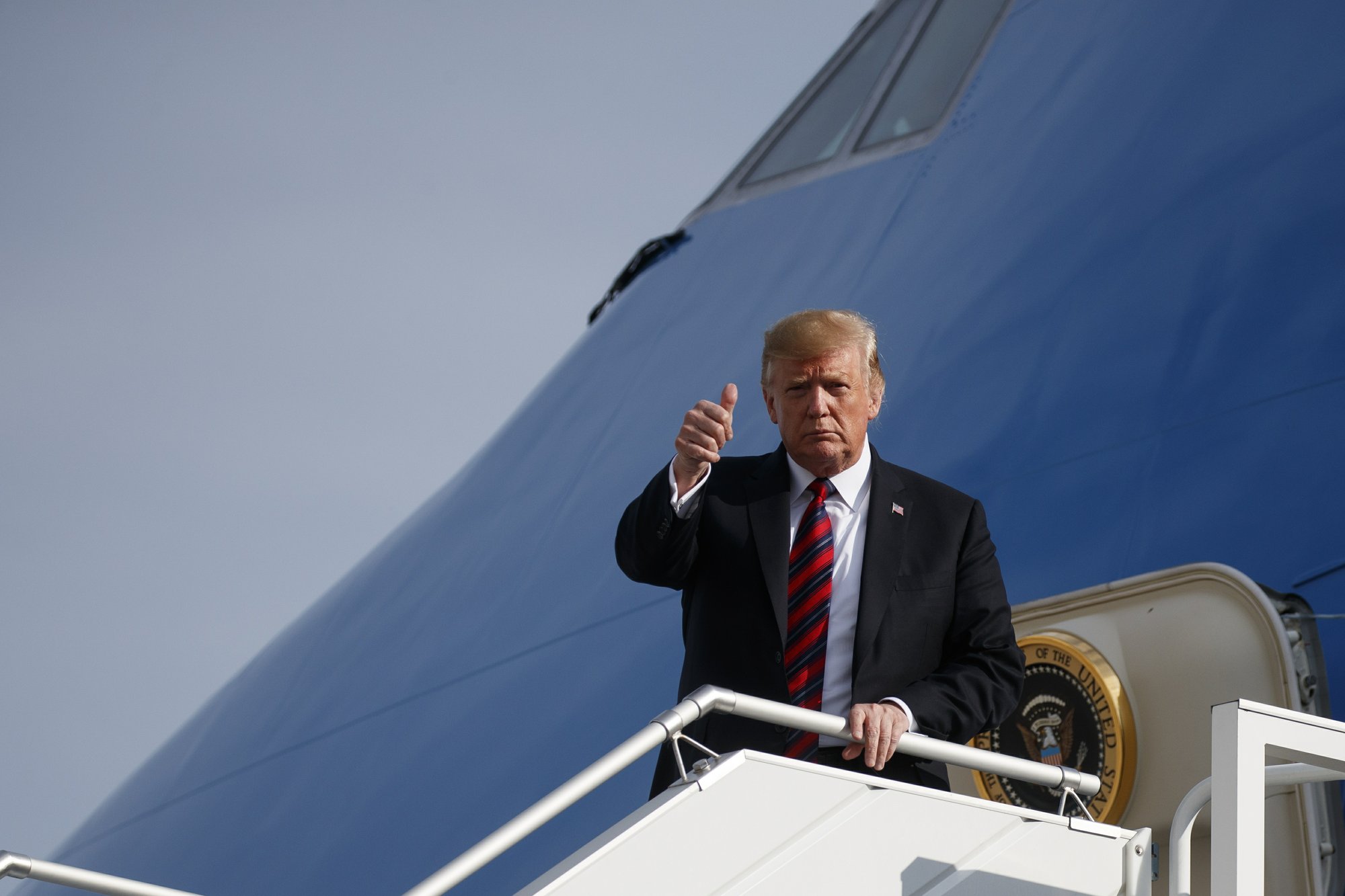 US President Donald Trump took steps Friday to ease tensions with America’s allies — lifting import taxes on Canadian and Mexican steel and aluminum and delaying auto tariffs that would have hurt Japan and Europe.

By removing the metals tariffs on Canada and Mexico, Trump cleared a key roadblock to a North American trade pact his team negotiated last year. As part of Friday’s arrangement, the Canadians and Mexicans agreed to scrap retaliatory tariffs they had imposed on US goods.

“I’m pleased to announce that we’ve just reached an agreement with Canada and Mexico, and we’ll be selling our product into those countries without the imposition of tariffs, or major tariffs,” Trump said in a speech to the National Association of Realtors.

In a joint statement, the US and Canada said they would work to prevent cheap imports of steel and aluminum from entering North America. The countries could also reimpose the tariffs if they faced a “surge” in steel or aluminum imports.

Earlier Friday, the White House said Trump is delaying for six months any decision to slap tariffs on foreign cars, a move that would have hit Japan and the Europe especially hard.

Trump still is hoping to use the threat of auto tariffs to pressure Japan and the European Union into making concessions in ongoing trade talks. “If agreements are not reached within 180 days, the president will determine whether and what further action needs to be taken,” White House press secretary Sarah Sanders said in a statement.

In imposing the metals tariffs and threatening the ones on autos, the president was relying on a rarely used weapon in the US trade war arsenal — Section 232 of the Trade Expansion Act of 1962 — which lets the president impose tariffs on imports if the Commerce Department deems them a threat to national security.

But the steel and aluminum tariffs were also designed to coerce Canada and Mexico into agreeing to a rewrite of North American free trade pact. In fact, the Canadians and Mexicans did go along last year with a revamped regional trade deal that was to Trump’s liking. But the administration had refused to lift the taxes on their metals to the United States until Friday.

The new trade deal — the US-Mexico-Canada Agreement — needs approval the legislatures in the US, Canada and Mexico. Several key US lawmakers were threatening to reject the pact unless the tariffs were removed. And Canada had suggested it wouldn’t ratify any deal with tariffs still in place.

Thomas Donohue, president of the US Chamber of Commerce, said the lifting of the tariffs “will bring immediate relief to American farmers and manufacturers. Critically, this action delivers a welcome burst of momentum for the USMCA in Congress.”

Canadian Prime Minister Justin Trudeau credited his government for holding out to get the tariffs removed.

Trump had faced a Saturday deadline to decide what to do about the auto tariffs.

Taxing auto tariffs would mark a major escalation in Trump’s aggressive trade policies and likely would meet resistance in Congress. The United States last year imported $192 billion worth of passenger vehicles and $159 billion in auto parts.

“I have serious questions about the legitimacy of using national security as a basis to impose tariffs on cars and car parts,” Iowa Republican Sen. Chuck Grassley, chair of the Senate Finance Committee, said in a statement Friday. He’s working on legislation to scale back the president’s authority to impose national security tariffs under Section 232.

In a statement, the White House said that Commerce Secretary Wilbur Ross has determined that imported vehicles and parts are a threat to national security. Trump deferred action on tariffs for 180 days to give negotiators time to work out deals but threatened them if talks break down.

In justifying tariffs for national security reasons, Commerce found that the US industrial base depends on technology developed by American-owned auto companies to maintain US military superiority. Because of rising imports of autos and parts over the past 30 years, the market share of US-owned automakers has fallen. That has caused a lag in research and development spending which is “weakening innovation and, accordingly, threatening to impair our national security,” the statement said.

The market share of vehicles produced and sold in the US by American-owned automakers, the statement said, has declined from 67 percent in 1985 to 22 percent in 2017.

But the statistics don’t match market share figures from the industry. A message was left Friday seeking an explanation of how Commerce calculated the 22 percent figure.

In 2017, General Motors, Ford, Fiat Chrysler and Tesla combined had a 44.5 percent share of US auto sales, according to Autodata Corp. Those figures include vehicles produced in other countries.

It’s possible that the Commerce Department didn’t include Fiat Chrysler, which is now legally headquartered in The Netherlands but has a huge research and development operation near Detroit. It had 12 percent of US auto sales in 2017.

The Commerce figures also do not account for research by foreign automakers. Toyota, Hyundai-Kia, Subaru, Honda and others have significant research centers in the US