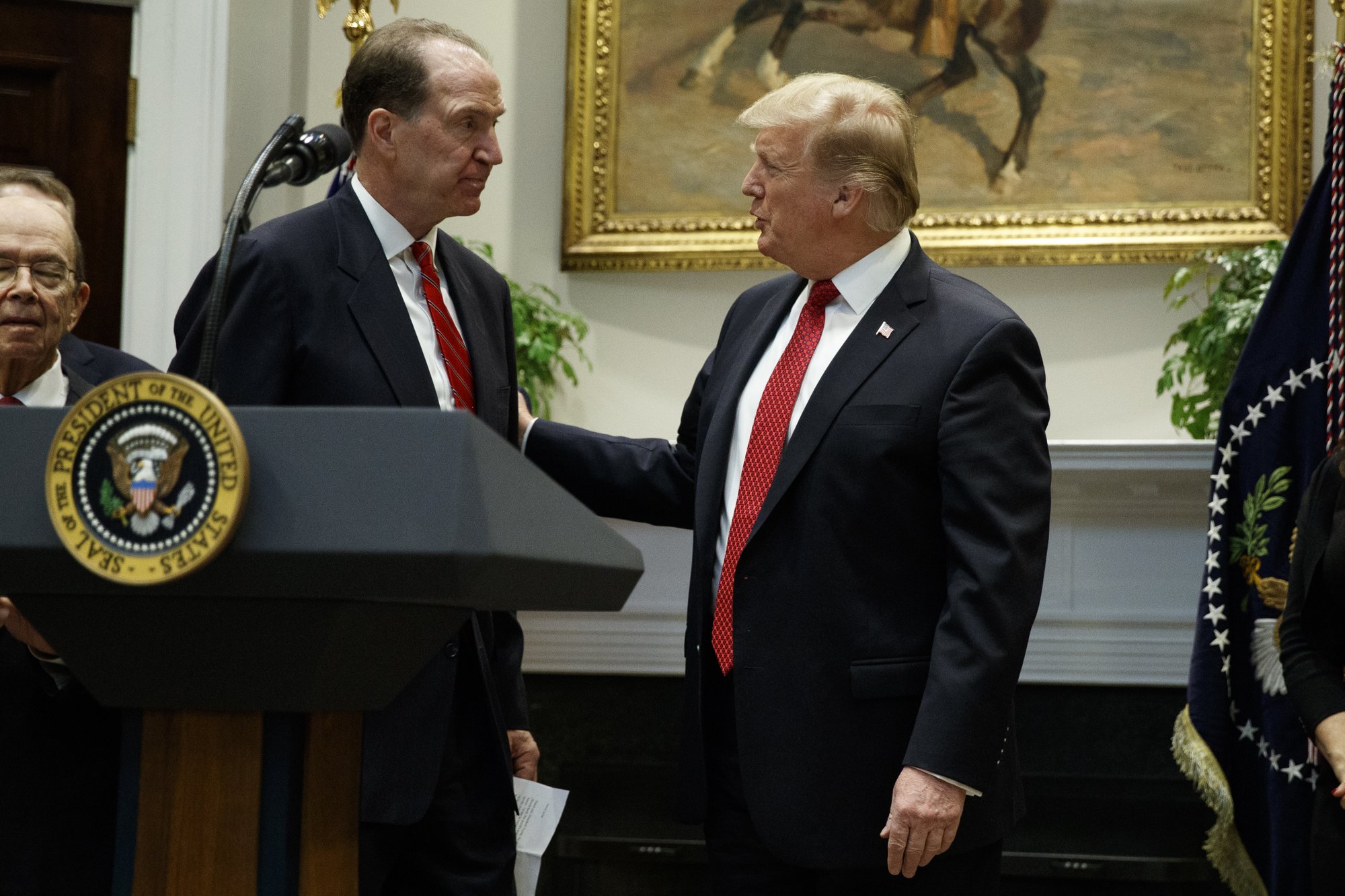 US President Donald Trump congratulates David Malpass, under secretary of the Treasury for international affairs, after announcing his nomination to head the World Bank, during an event in the Rosevelt Room of the White House, Wednesday, Feb. 6, 2019, in Washington. (Photo: AP)

WASHINGTON, Feb. 6 (Xinhua) -- US President Donald Trump announced Wednesday that he has chosen David Malpass, undersecretary for international affairs at the US Treasury Department, as the US candidate for the next president of the World Bank.

Calling Malpass a "very extraordinary man," Trump said at the White House that he launched a "broad search for replacement" for Jim Yong Kim, the former World Bank chief who abruptly resigned in early January and stepped down Friday.

"I knew that David is the right person to take this incredibly important job," Trump added.

The president said that Malpass "has been a strong advocate for accountability at the World Bank," and that "he has fought to ensure financing is focused on the places and projects that truly need assistance, including people living in extreme poverty."

Beginning Thursday, the World Bank's board of executive directors will accept nominations until March 14 and plans to select a new president ahead of the IMF and World Bank Spring meetings, set for April 12-14 in Washington.