BUSINESS Trump's urge for US companies to move away from China hits wall: survey

Trump's urge for US companies to move away from China hits wall: survey 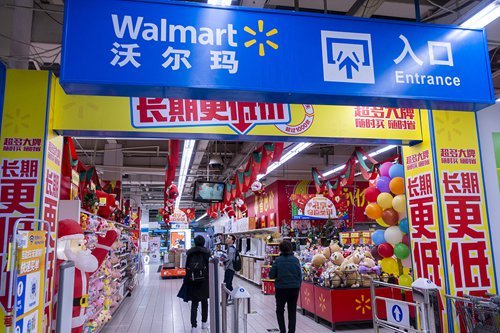 A view of the entrance to a Walmart in Shanghai. Supermarkets need to offer more online services to Chinese consumers now. Photo: VCG

US President Donald Trump has more than once called for an economic decoupling from China, and has made it a campaign pledge for his presidential reelection bid, but the vast majority of US businesses operating in China say they have no plans to leave the Chinese market at all, a latest survey showed on Wednesday.

About 92 percent of US companies surveyed said that they remain committed to staying in the Chinese market, while 70.6 percent that have manufacturing bases in China said they don't have plans to move production out the country, according to an annual survey conducted by the American Chamber Commerce in Shanghai (AmCham Shanghai) and consultancy PWC China.

Only 3.7 percent of the US companies said that they plan to shift parts of their production back to America. Trump has said he would continue to push American companies to bring manufacturing jobs back to the US. He has even threatened to block US companies from receiving US federal contracts if they outsource jobs to China.

"Whether it's decoupling, or putting in massive tariffs like I've been doing already, we will end our reliance on China," Trump said during a press conference on Monday.

While most US businesses surveyed said they are committed to remaining in China, many also said they are concerned about prolonged tensions between the two governments. Nearly 27 percent said that they expect the China-US trade tensions to last indefinitely, compared to about 17percent in 2019.

Still, that might not be enough for them to shift China operations anytime soon, as many continue to make profits despite the political tensions. More than 78 percent of the participants said that they achieved profitability in 2019 and nearly half said their profits in China were much higher than in other markets.