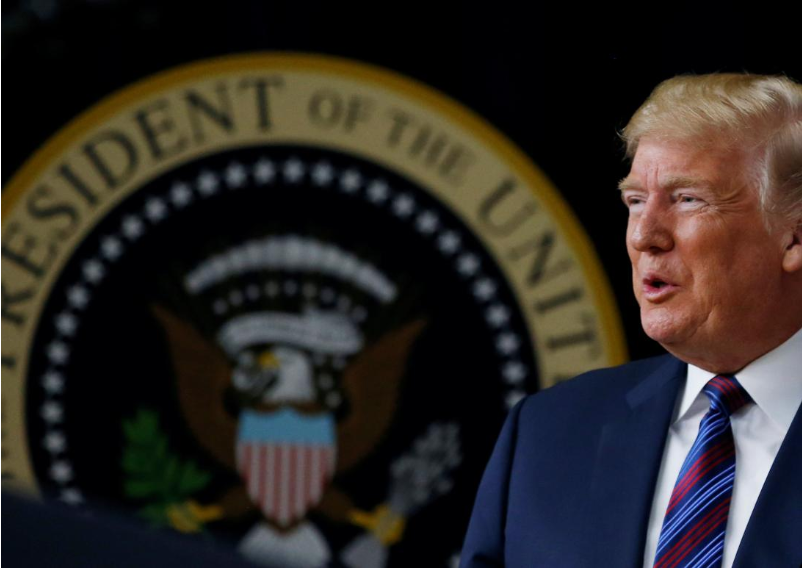 US President Donald Trump arrives prior to signing the "Right to Try Act," which gives terminally ill patients the right to use experimental medications not yet been approved by the Food and Drug Administration (FDA), at the White House in Washington, US, May 30, 2018. (Photo: Reuters)

President Donald Trump on Wednesday said he expects major drug companies to slash prices on their products in two weeks, but did not provide details on which companies would do so or the means by which they would provide such reductions.

A Health and Human Services Department (HHS) spokeswoman said the agency had nothing else to share on Trump’s comments because it didn’t want to get ahead of any announcements.

Earlier this month, Trump unveiled the administration’s plan to lower prescription drug prices, largely through regulatory authority, calling it “the most sweeping action in history” to reduce the cost of medicines for consumers.

HHS has yet to issue any new regulations or pilot programs to lower drug prices based on the new plan.

The NYSE Arca Pharmaceutical Index .DRG, comprised of major drugmakers, fell about a quarter of a percent just after Trump’s comments on Wednesday. But it steadily recovered and was up 1.7 percent, close to the high for the day and up more than the broader S&P 500 Index.

It is exceedingly rare for drug companies to lower prices prior to facing competition from cheap generics.

Amid increased public and Congressional criticism over high drug prices, some companies pledged to voluntarily limit annual price increases to less than 10 percent. Previously, many drugmakers typically raised prices on prescription medicines twice a year, adding up to well over 10 percent.

As public pressure mounted, drug companies have blamed middlemen, including pharmacy benefit managers (PBMs) and health insurers, for not passing discounts and rebates they demand off high list prices to consumers.

PBMs and insurers have said they are part of the solution for lowering costs and blame pricing on drugmakers.

Trump campaigned on lowering drug prices and has said that pharmaceutical companies were “getting away with murder,” but has since backed off that rhetoric.

PhRMA and BIO, the major lobby groups for the pharmaceutical and biotechnology industries, did not immediately respond to requests for comment on Trump’s statement.