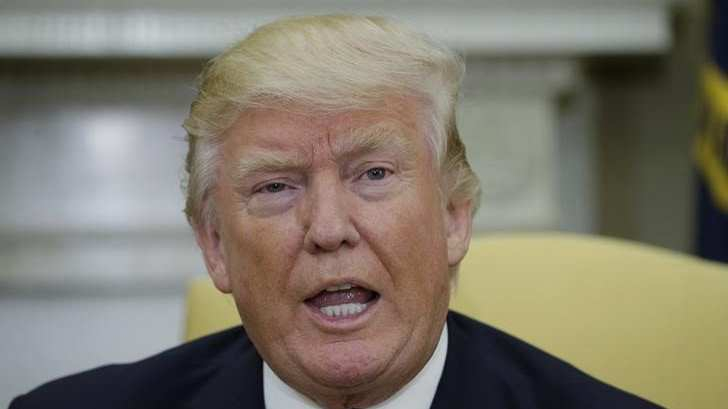 US President Donald Trump said in a tweet on Saturday that Saudi Arabia’s King Salman had agreed to his request to increase oil production “maybe up to 2,000,000 barrels” to offset production from Iran and Venezuela.

There has been no immediate comment from the Saudi authorities.

The world’s top oil exporter plans to pump up to 11 million barrels of oil per day (bpd) in July, an oil industry source told Reuters this week, after OPEC agreed with Russia and other oil-producing allies to raise output by about 1 million bpd.

Trump tweeted: “Just spoke to King Salman of Saudi Arabia and explained to him that, because of the turmoil & disfunction in Iran and Venezuela, I am asking that Saudi Arabia increase oil production, maybe up to 2,000,000 barrels, to make up the difference ... Prices to high! He has agreed!”

The Trump administration is pushing countries to cut all imports of Iranian oil from November, which is when the United States will re-impose sanctions against Tehran, after Trump withdrew from a 2015 nuclear deal agreed between Iran and six major powers, calling it a “defective” agreement.

That agreement sought to curb Tehran’s nuclear capabilities in exchange for the lifting of some sanctions. Trump ordered the re-imposition of the US sanctions against Iran that were suspended under the accord.

US officials are pressing allies in Europe, Asia and the Middle East to adhere to the sanctions, which are aimed at pressuring Iran to negotiate a follow-up agreement to halt its nuclear programs.

State Department officials said this week that the United States is prepared to work with countries on a case-by-case basis to help them reduce imports of Iranian oil.

China, the world’s top crude oil buyer, imported around 655,000 barrels a day on average from Iran in the first quarter of this year, according to official Chinese customs data, equivalent to more than a quarter of Iran’s total exports.

Oil analysts said OPEC producers may not be able to fully supply the market if Iranian oil is cut from the market.