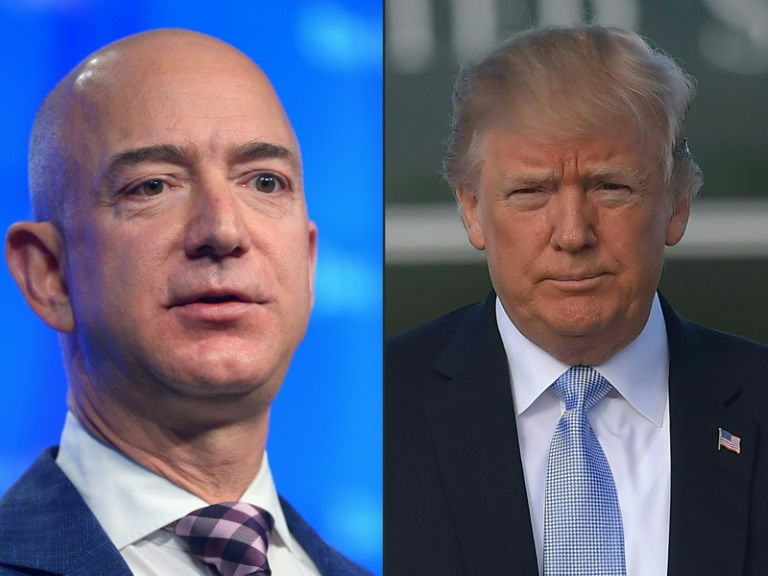 US President Donald Trump on Saturday resumed his attacks against online retailing giant Amazon and accused The Washington Post, owned by Amazon's founder Jeff Bezos, of lobbying for the company.

His latest comments, two days after a similar swipe against Amazon, coincided with a report in Saturday's Post about three different legal efforts "trying to pry open" the books of the president's umbrella company, the Trump Organization.

On Twitter, Trump claimed the US Postal Service loses "billions of dollars" delivering packages for Amazon.

"This Post Office scam must stop. Amazon must pay real costs (and taxes) now!", he wrote.

For the first quarter of the 2018 financial year the US Postal Service reported "strong package growth," with revenue in the segment up 9.3 percent from the same period last year to $505 million.

That did not offset the fall of $557 million in first-class and marketing mail revenue, the post office said.

Trump further alleged Saturday that Amazon's lobbying staff "does not include the Fake Washington Post," and said the Post should register as an official lobbyist.

Mueller is probing whether there was collusion between Trump's 2016 election campaign and Moscow, as well as possible obstruction of justice.

Finally, it mentioned the District of Columbia and State of Maryland's suing of Trump over allegations that his "financial entanglements" violate the Constitution.

Trump is spending Easter weekend at his Mar-a-Lago estate in Florida. He sent his latest tweets while in a motorcade on the way to his Trump International Golf Club.

On Thursday the president tweeted that Amazon uses the post office as its "delivery boy" and alleged that the firm pays "little or no taxes" to state and local governments.

The comments renewed concerns that Amazon could face scrutiny by antitrust regulators.

A day earlier, a report on the Axios news site said Trump's wealthy friends complain that Amazon is killing shopping malls and brick-and-mortar retailers, and had asked about the possibility of going after the firm using antitrust laws.