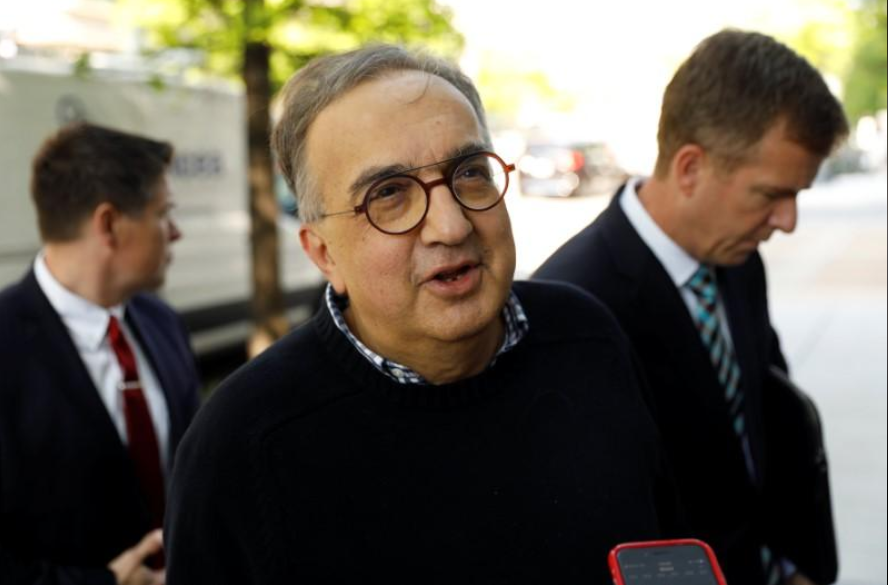 Chairman & CEO of Fiat Chrysler Sergio Marchionne speaks before attending a White House roundtable with senior executive from US and foreign automakers and US president Donald Trump in Washington, US, May 11, 2018(Photo: Reuters)

US President Donald Trump will meet 10 major automakers at the White House on Friday to discuss the fate of landmark fuel efficiency standards and a looming confrontation with California and other major states.

A draft proposal circulated by the US Transportation Department would freeze requirements at 2020 levels through 2026, but the administration is not expected to formally unveil the proposal until later this month or in June.

Major automakers reiterated this week they do not support freezing requirements but say they want new flexibilities and rule changes to address lower gasoline prices and the shift in US consumer preferences to bigger, less fuel-efficient vehicles.

Trump plans to tell automakers he is willing to support a freeze and challenge California but wants the industry to back the effort, a senior administration official said. He also wants to know if they want him to fight on their behalf, the official said.

Trump went to Michigan, a state that helped him win the presidency, in March 2017 and suggested he would soften the fuel rules. “The assault on the American auto industry is over,” he told autoworkers there.

California and 16 other states covering about 40 percent of the US population filed suit last week to block the Trump administration’s efforts to weaken the requirements.

A White House official said Trump would hear from the automakers about the impact of the administration’s forthcoming revisions to Corporate Average Fuel Economy rules and automakers’ efforts to negotiate a national program with California.

Mitch Bainwol, who heads the Alliance of Automobile Manufacturers, told a US House committee on Tuesday the industry supports “standards that increase year over year that also are consistent with marketplace realities.”

Bainwol said the industry remains hopeful that there will be a “negotiation” between the White House, California and the auto industry.

Automakers plan to argue that Trump should view California as a flawed trade deal and he should help them get a better deal, two auto officials said.

The industry also notes it faces rising fuel efficiency standards around the globe and is spending billions of dollars to introduce new battery electric vehicles in the coming years.

The Transportation Department proposal also asserts that a 1975 federal law preempts states from imposing emissions rules, even though California has received numerous waivers under the Clean Air Act to set emissions rules.

Democrats and environmental advocates plan to aggressively challenge the Trump administration’s plans to weaken the vehicle rules touted by the previous Obama administration as one of its biggest climate actions.

The Trump administration plans to argue the weaker rules will lead to cheaper vehicles, boost sales and employment and improve safety by prodding faster turnover of older vehicles.

The Obama rules adopted in 2012 sought to double average fleet-wide vehicle fuel efficiency to about 50 miles (80 km) per gallon by 2025, but included an evaluation due by April 2018 to determine if the rules were appropriate.

Unlike many other Trump meetings with business leaders, Friday’s meeting will be closed to the media.