BUSINESS Trump to tariff steel and aluminum from Argentina and Brazil

Trump to tariff steel and aluminum from Argentina and Brazil 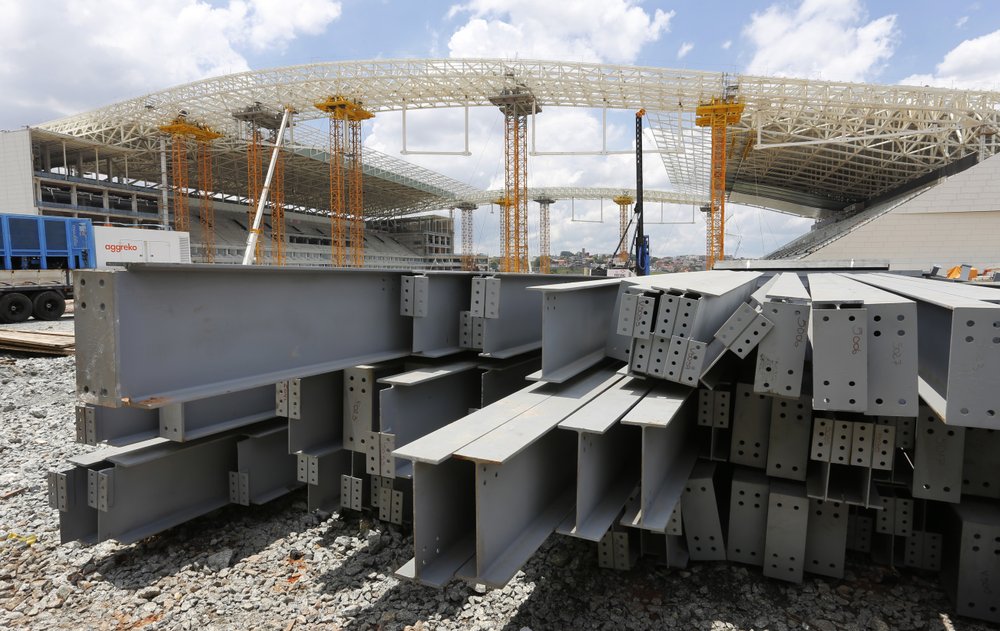 President Donald Trump on Monday accused Argentina and Brazil of hurting American farmers through currency manipulation and said he’ll slap tariffs on their steel and aluminum imports to retaliate.

Trump also called on America’s central bank to take action to prevent other countries from devaluing their currencies.

Both South American nations were among a group of US allies that Trump had exempted from steel and aluminum tariffs in March 2018. The president’s threat to reverse that decision and impose the metals tariffs on Argentina and Brazil is another example of his mercurial approach to trade policy.

Businesses have delayed investments, sapping economic growth, because they don’t know if the agreements Trump reaches with other countries will last or what countries or products he will target next.

Hours before he was set to depart on Monday for a NATO conference in London, Trump tweeted that “Brazil and Argentina have been presiding over a massive devaluation of their currencies. which is not good for our farmers. Therefore, effective immediately, I will restore the Tariffs on all Steel & Aluminum that is shipped into the US from those countries.”

Argentina is mired in an economic crisis with rampant inflation, deep indebtedness, widespread poverty and a currency that has plunged under the leadership of President Mauricio Macri, who came to power in 2015 with promises to boost South America’s second-largest economy. Macri was defeated in elections in October and will leave office next week.

Brazil is grappling with stubborn double-digit unemployment, and its economy is headed toward its third straight year of roughly 1% growth, following two years of a deep recession.

Brazilian President Jair Bolsonaro said he has “an open channel” with the American president and might call him to discuss the tariffs.

Labelled by friends and foes as “Trump of the tropics,” the far-right leader has boasted his relationship with the American president as a cornerstone of his diplomacy.

Bolsonaro’s fidelity to Trump is such that he wanted to appoint his own son Eduardo as ambassador to Washington, which was only reversed after Brazilian senators insisted the 35-year-old lawmaker would not be approved.

Rubens Barbosa, a former Brazilian ambassador to Washington, told The Associated Press that Trump is “punishing Brazil’s government and companies without a specific cause.”

“This is an unfair relationship. Brazil is making gesture after gesture to support the US in international forums, but the US is not doing the same,” Barbosa said.

Speaking at a business forum, Vice President Hamilton Mourão denied Brazil was manipulating its currency and also said the country should discuss investment projects with China — a relationship initially shunned by the Bolsonaro administration that has lately grown warmer.

Both South American countries have benefited from the US trade war with China. Argentina and Brazil have taken advantage of Chinese import taxes on US farm products to export more agricultural goods to China.

Barbosa suggested Trump’s failure to respond to Bolsonaro’s attempts to improve ties could affect Brazil’s decision on whether to buy 5G wireless technology from China’s Huawei.

Trump has lobbied allies to avoid Huawei over worries its equipment might help Chinese electronic spying. The company denies that claim.

Trump said the US Federal Reserve “should likewise act so that countries, of which there are many, no longer take advantage of our strong dollar by further devaluing their currencies.” Trump said such devaluation “makes it very hard for our manufactures & farmers to fairly export their goods.

Trump has repeatedly assailed the Fed chairman, Jerome Powell, over his leadership and for not cutting interest rates as much as the Republican president would like.

At its most recent meeting, in October, the Federal Reserve cut short-term interest rates for a third time this year to try to support the US economy. But it also signaled that it planned no further interest rate cuts absent clear evidence of a worsening US economic outlook.

He also has earmarked nearly $30 billion for farmers to help make up for their losses.

After a brief spike in steel prices, US steel producers have struggled since the Trump administration put tariffs into place last year.

Domestic demand has slumped along with the energy sector as drillers pull back on purchases of steel pipe.

The US Steel in its last quarter reported its first loss since early 2017, and the division that makes pipes for energy companies lost $25 million. It has laid off workers and shut down some of its blast furnaces.

Shares of the Pittsburgh company are down 43% over the past year. Shares of AK Steel are down 10%, even as the S&P 500 sets record highs repeatedly.