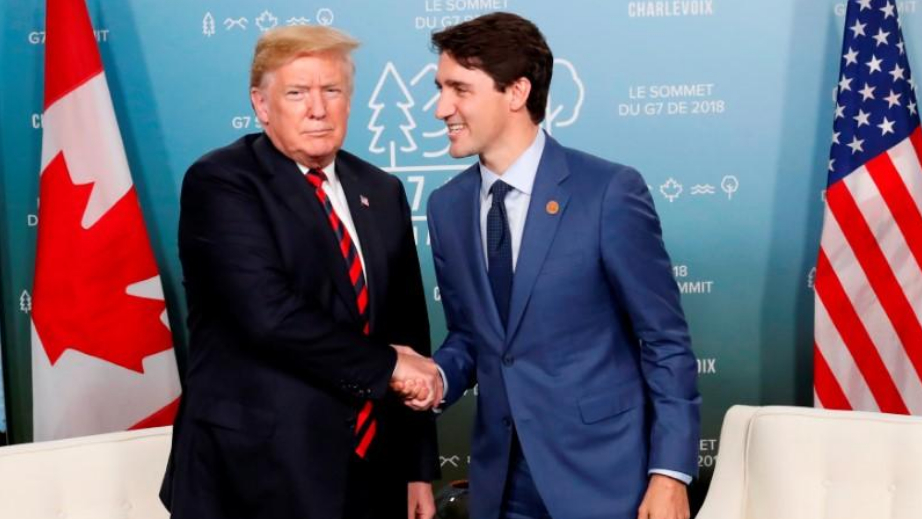 The phone call between the two leaders was the first to be publicly disclosed since Trump blasted Trudeau as “very dishonest and weak” at the end of the Group of Seven leaders meeting in Canada earlier this month.

Trump has repeatedly suggested Canada was profiting from US trade, and his blistering comments after the G7 meeting drove bilateral relations to their lowest point in decades.

On Friday, Canada struck back at the Trump administration over US steel and aluminum tariffs, vowing to impose punitive measures on 16.6 billion Canadian dollars (12.6 billion US dollars) worth of American goods until Washington relents.

During the call, Trudeau told Trump that Canada had no choice but to announce reciprocal countermeasures to the steel and aluminum tariffs, according to a separate statement issued by Canada late on Friday. The two leaders agreed to stay in close touch on a way forward, the statement added.

Trudeau also expressed his condolences for the victims of the shooting at the Capital Gazette newspaper in Annapolis, Maryland, the Canadian statement said.

Negotiations to modernize NAFTA started last August and were initially scheduled to finish by the end of December, but the three countries have yet to reach a deal.