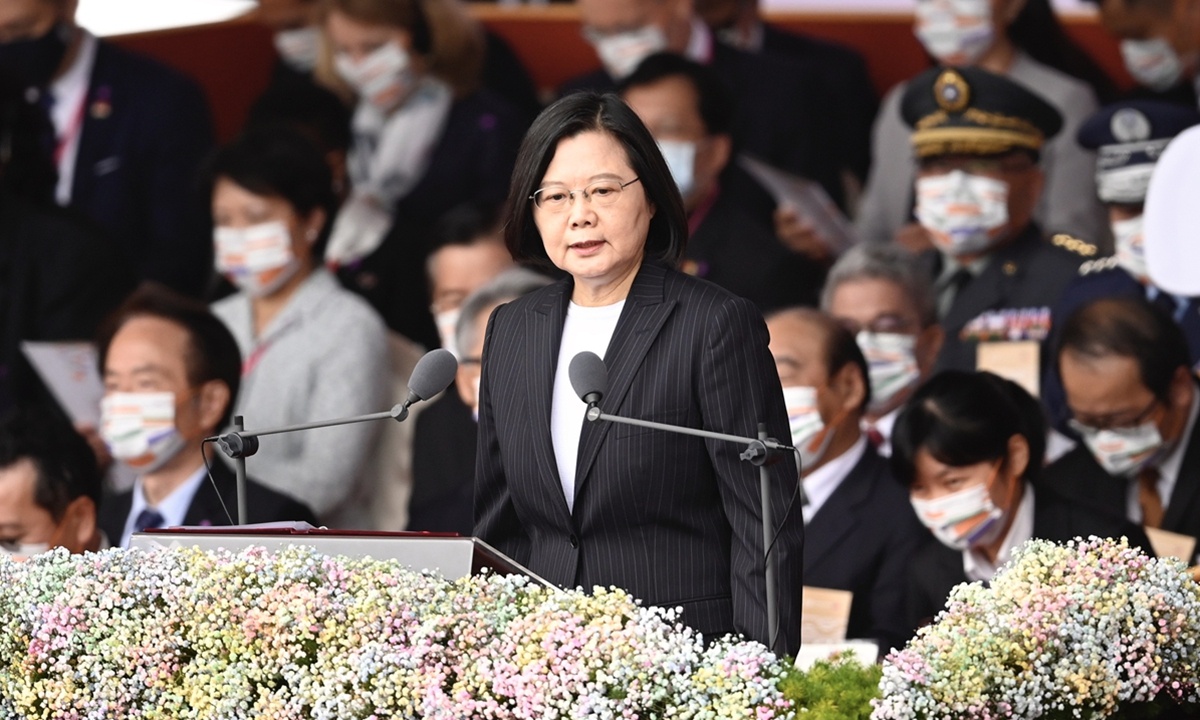 Recent remarks about an economic decoupling attempt by Taiwan's Tsai Ing-wen with the Chinese mainland are "infeasible and impractical", which showed a deliberate intention to belittle the significance of the mainland to the island's economy, experts said.

Tsai said in an interview with a Japanese magazine that the island of Taiwan adopts a stance of maintaining the status quo toward the mainland, and a significant part is to get rid of the high dependency on products, components and software made in the Chinese mainland, according to Chinatimes.com and United Daily News.

She added that the production and market of Taiwan ought not to heavily rely on the Chinese mainland, but need to consider risks and the island should develop trade with diverse markets.

In addition to Japan and the US, she expected the island to build trade and investment relations with ASEAN, Australia, New Zealand and other economies.

However, experts from the Chinese mainland pointed out that Tsai's remarks showed her intention to follow the US government.

According to statistics released on Monday, the island of Taiwan exported $15.58 billion of goods to the Chinese mainland and Hong Kong in July, growing 23.8 percent year-on-year and accounting for 41 percent of the island's total exports.

Last month, Taiwan exported $37.95 billion and imported $32.05 billion of goods in total. That sent the island's trade surplus to $5.9 billion.

Thanks to the trade surplus with the Chinese mainland, the island of Taiwan achieved economic growth last year; otherwise, Taiwan's economy would have seen a recession, Tang Yonghong, deputy director of Taiwan Research Center at Xiamen University, told the Global Times.

In order to downplay the close economic ties with the Chinese mainland, some media outlets on the island have deliberately downplayed the importance of the mainland to Taiwan's economy, Tang said. As an export-oriented economy, Taiwan's economic development is heavily dependent on exports, Tang noted.

Even if some Taiwan companies move their factories and supply chains from the Chinese mainland to other regions, the majority of their investments and markets will still be centered in the mainland, Wang noted.

He estimated that bilateral trade between the mainland and Taiwan could surpass $300 billion this year.