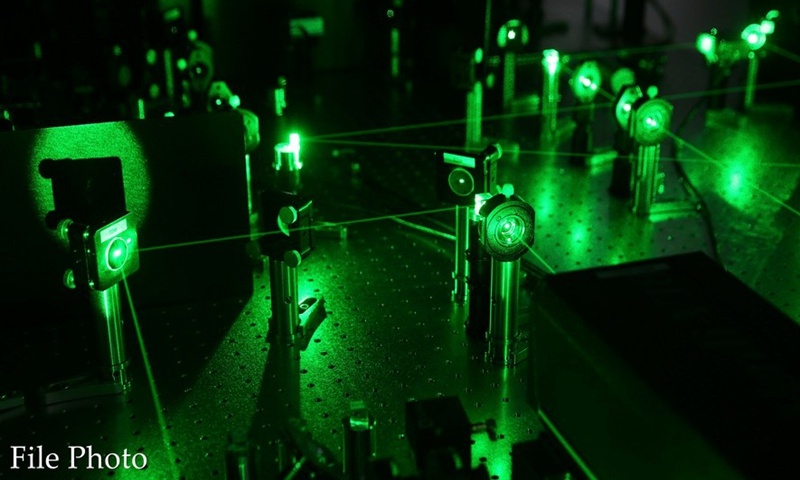 File photo taken on May 25, 2016 shows the quantum simulation laboratory under the Chinese Academy of Sciences, in Shanghai, east China. (Photo:Xinhua)

The quantum information class will start enrollment in 2021, with an initial enrollment of 20 students, the Xinhua News Agency reported on Monday, noting that Yao Qizhi, a world-leading computer scientist who was also the winner of the Turing Award, will be the chief professor overseeing the program.

As the quantum information technology has entered a new era, it is necessary to plan ahead whether it is for national strategic needs or the development of scientific research and industrial development, Yao was quoted by Xinhua on Monday, adding that quantum information is an emerging frontier subject which has a broader basic knowledge requirements than a single subject area and requires a systematized and specialized training mode and curriculum differing from other subjects.

The quantum information class is Yao's third program following a computer science experimental class and artificial intelligence class, Xinhua reported. Yao founded the Yao Class at Tsinghua in 2005 to nurture promising undergraduate students to become top talents on the same level of students from MIT and other prestigious global universities. Yao Class has created a model for cultivating innovative people by their aptitude and an extensive international teaching program.

Chinese scientists have successfully demonstrated photonic implementation of quantum information masking in the lab on May 6, marking a first in the country that will further pave the way for the research and application of encrypted quantum communication.