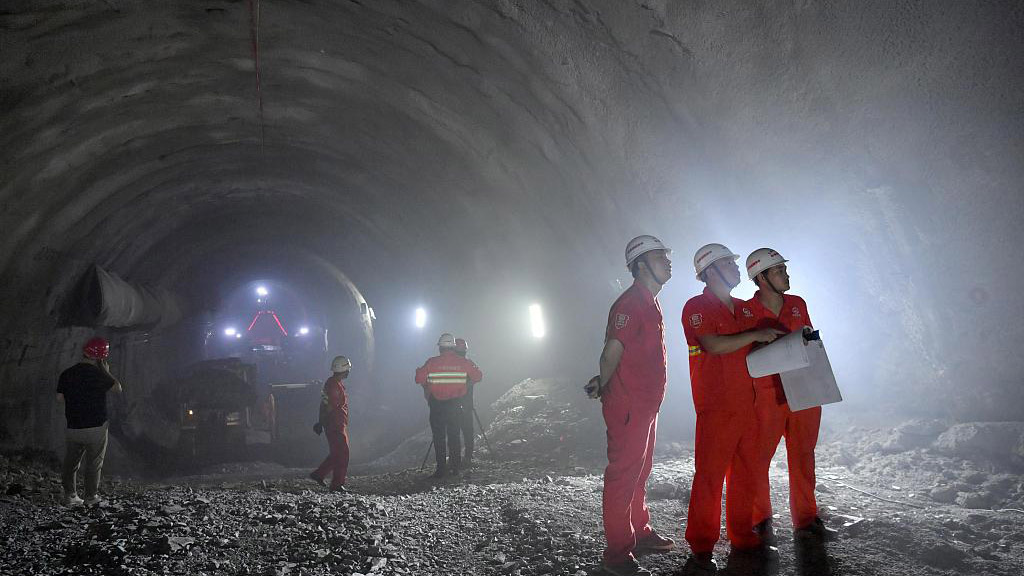 As China becomes increasingly integrated into the global economy, Chinese companies are joining hands with their international partners to construct a variety of projects in foreign territories.

The China-Laos Railway, which began operation in early December, is a testimony to that partnership. The project, under the Belt and Road Initiative, is expected to lift economic relations between China and Laos as well as those between China and ASEAN to a higher level.

Starting from Kunming, Yunnan Province to the capital of Laos, Vientiane, the railway spans more than 1,000 kilometers. China Communications Construction Company's subsidiary, the First Harbor Engineering, built the first 19 sections, spanning 27.5 kilometers, of which nearly 99 percent are tunnels. Liu Tiecheng, deputy general manager of the company, said building the tunnels was the most challenging part of the construction.

"A soft rock stratum spans the whole 19 sections. It's thin and crispy, and will become soft and crumple when you touch it. So constructing the tunnel is like drilling a hole in 'bean curd residue.' And the hole should not lose shape for 100 years. We replaced the arch frame supporting the tunnel body more than 190 times for performing the required tests," said Liu.

During the worst periods, the crew had to slow down and were able to dig holes of only about 30 meters per month. To accelerate construction, brilliant engineers have developed technologies that received two national invention patents and six utility patents. These technologies helped triple their efficiency, allowing the crew to dig 90 meters per month.

With the China-Laos Railway in operation, the travel time between Kunming and Vientiane has been shortened to 10 hours, from 30 hours by road.

"The new line will stimulate local domestic demand in Southeast Asian countries, and improve transportation facilities in the region. It is expected to reduce the cost of road transportation by 30 percent to 40 percent between China and Laos. At the same time, it will also promote Laos' economic and social development, and create job opportunities in the country," said Liu.