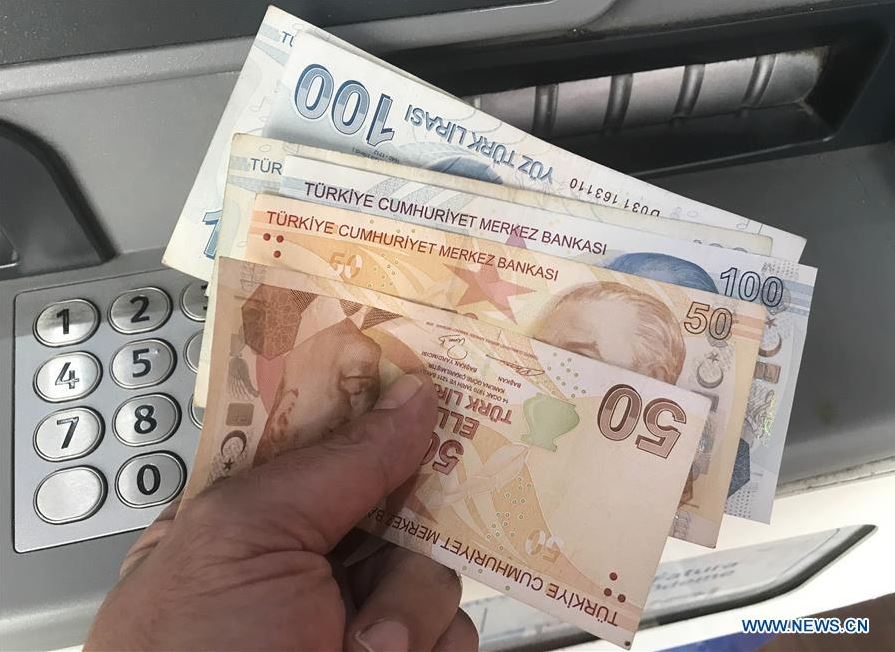 ANKARA, Aug. 14 (Xinhua) -- Turkish President Recep Tayyip Erdogan announced Tuesday to boycott US electronic products amid an ongoing and deepening rift between the two NATO allies over a number of issues.

"Instead of buying products from abroad with foreign currencies, we will manufacture better ones and sell them abroad. We will implement a boycott on US electronic products," Erdogan said at a think tank symposium in Ankara.

Erdogan said Turkey will be self-sufficient, noting that Vestel, a leading domestic electronic brand, could be an alternative to iPhone. Stock price of Vestel zoomed up 7 percent on the Istanbul stock exchange after Erdogan's remarks.

Erdogan reiterated that the recent plunge of Turkish lira and stocks was caused by an economic attack by US President Donald Trump and his administration.

The Turkish lira has recovered against the dollar and euro early Tuesday, up more than 4.5 percent at 6.57 lira against one US dollar.