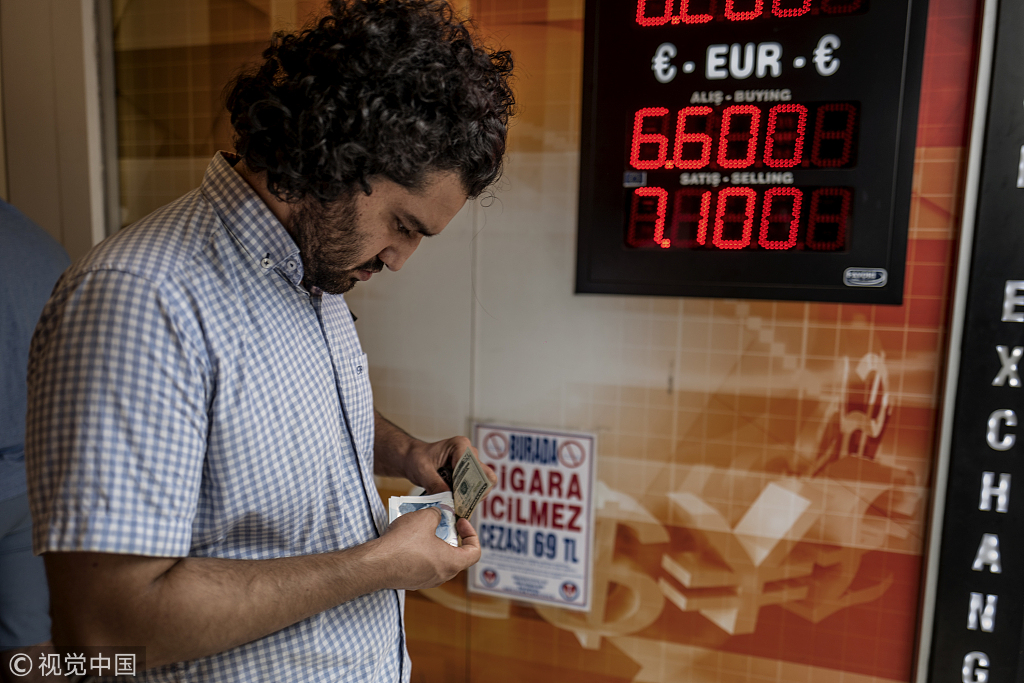 A customer checks his banknotes at an exchange bureau in Istanbul, Turkey, on Friday, Aug. 17, 2018. (Photo: VCG)

Consumer prices index jumped to 24.5 percent from the same period in 2017, according to data released by the Turkish Statistical Institute.

It marked a sharp rise from 17.9 percent in August and 11.2 percent in September last year.

The data announced was worse than expected by analysts. It also showed that inflation accelerated to 6.3 percent compared with the previous month.

In a signal that inflation is likely to rise further in the months ahead, producer prices climbed by 46.2 percent year-on-year.

"This trend in consumer prices is likely to continue in the coming months," said financial analyst Enver Erkan in a note to investors.

The Turkish currency has lost nearly 40 percent of its value against the US dollar since the start of the year, pushing up the cost of petrol and gas and other imports.