BUSINESS Turkey to retaliate after US refuses exemption on steel tariffs

Turkey to retaliate after US refuses exemption on steel tariffs 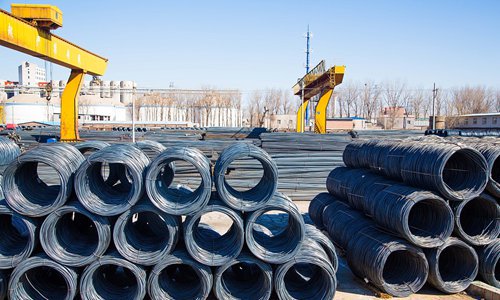 Tariffs will be imposed on a total of 1.8 billion-US dollar imports from the United States by the Turkish government, said the report, citing Turkish Economy Ministry sources.

The countermeasures will bring around $266.5 million in tariffs, the ministry said.

In March, the United States announced to impose a 25 percent tariff on imported iron and steel, and a 10 percent tariff on aluminum, triggering criticism and outrage from its trading partners around the world.

Turkey, as the sixth largest steel exporter to the United States, called the decision "unacceptable," and sought Washington for exemption from the tariff list.

However, Ankara's attempt to obtain an exemption remained "inconclusive due to Washington's current stance," the source said.