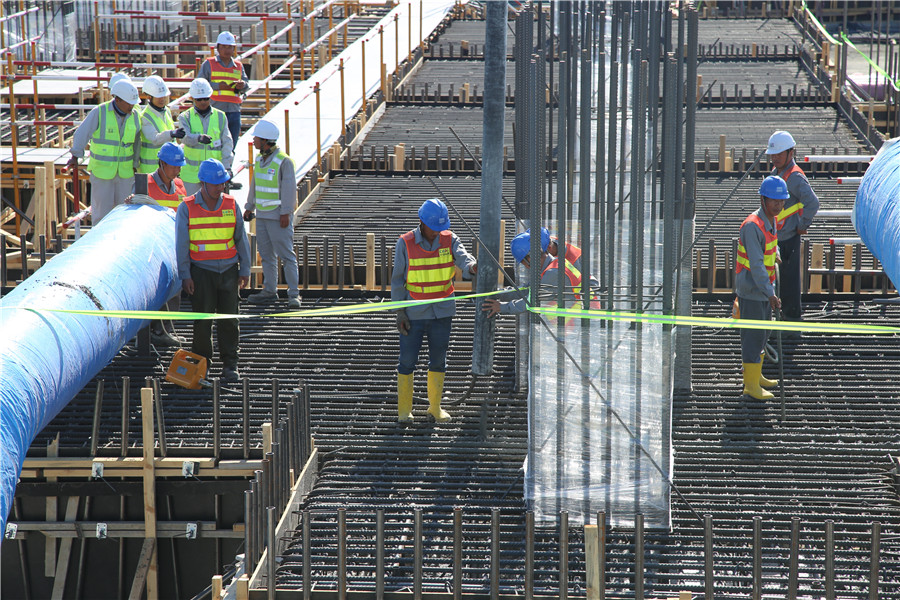 Turkey is actively strengthening economic ties with China in a range of fields including agricultural exports, investment and tourism seeing there's much greater potential than the existing level of trade between the two countries, said Turkish officials.

Turkey's ambassador to China Abdulkadir Emin Onen said both of the two countries can cooperate in a larger sense than what the existing trade relations offer right now.

"We need to enhance these relations in terms of the trade volume, all cultural exchanges and people to people ties at every bilateral level," Onen said during a recent interview in Beijing. "We will continue our efforts to deepen our strategic cooperation with China in order to make Turkey a priority market and destination for Chinese investors and tourists and turn China into a primary market for Turkish exporters."

Onen said the agricultural sector is one of the areas where the two sides have great potential.

In 2018, China imported around $137.1 billion worth of agricultural products from all over the world. However, due to technical and regulatory issues, Turkish agricultural exports to China were limited to only $146 million in 2018.

"Turkey is rich in agricultural products and food industries, and thus we would like to enhance that potential," Onen said. "In the last three months, we have exported some new items to China, like cherries, pistachios and some seafood. We are planning to discuss details about milk and dairy product exports."

Mehmet Tan, director-general of representations in foreign countries and international activities of the Ministry of Trade of Turkey, agreed, adding that the two countries should further cooperate to eliminate trade barriers in this area.

"With higher education levels and increasing wages, Chinese consumers are now more open to the global market than ever. They are more picky and fully aware of the quality and the value of products offered to them," Tan said.

Today, China is Turkey's largest trade partner in Asia and the third-largest in the world. Bilateral trade volume between Turkey and China reached $23.6 billion in 2018.

Tan said the trade deficit is in China's favor at 32.3 percent of Turkey's total trade deficit. He said Turkey expects China to offer a more attractive customs and trade regime for Turkish entrepreneurs.

Having enjoyed an upward trend in bilateral economic ties in recent years, the two countries are committed to further improving the potential. Deng Li, the Chinese ambassador to Turkey, said at a seminar in Istanbul in March that he expected Chinese investment and tourists to Turkey to double by 2021.

Today, more than 1,000 Chinese companies are doing business in Turkey, including the Industrial and Commercial Bank of China, the Bank of China, and tech titans Huawei and ZTE.

Stating Turkey is one of the most dynamic economies in the world, Ambassador Onen said Turkey welcomes Chinese entrepreneurs to make more investments especially in the fields of energy, transport, finance, infrastructure and information technology.

He said Turkey is the 18th largest economy in the world and the sixth largest economy when compared with the European Union countries, saying it has plenty of advantages including a strategic location with lucrative export opportunities.

Located at the heart of Eurasia, Turkey has a customs union with the EU and an extensive free trade agreement network. Within four hours of flight from Istanbul, investors can reach 1.5 billion people in 57 different countries and have access to these multiple markets worth $24 trillion of GDP.

"We will continue to support the Belt and Road Initiative and attract more investors from China to Turkey. And those Chinese investors can use Turkey as a production hub for reaching out to European markets and beyond," Onen said.

"Our goal is to have at least 1 million tourists in two or three years," Onen said. "We saw 1.6 million Chinese people search for Turkey on Baidu in a year. And 22 million searched for pictures of scenery and destinations in Turkey on Baidu and other social media. So we understand that we are on the right path to discover this potential more."

According to him, Turkey is planning to open a new consul general office in Chengdu, Sichuan province. Currently, Turkey has three consul generals in China, in Shanghai, Guangzhou in Guangdong province and Hong Kong.

"We consider that tourism can be one of the important cooperation areas in Turkey-China bilateral relations," Tan from the Ministry of Trade of Turkey said. "We need to maintain this momentum, and strengthen cooperation in tourism. We will continue our efforts for additional promotional activities. We want to stay in touch with Chinese consumers through media and television to maintain the interest of Chinese citizens."

Tan said global trade will be transformed to digital trade together with online and offline dimensions in the next decade.

"We are on the verge of an era where the settled rules for the sale of goods and services are completely different," Tan said. "We are working hard to make new collaborations with our Chinese counterparts in the future in this respect. Also, Turkey is ready to build further collaborations with Chinese e-commerce firms mainly JD and Alibaba's Taobao and Tmall."