Turkey's economic crisis may have been triggered by crippling tariffs on steel and aluminum imposed by the US, but there is a much deeper reason for the collapse of the Turkish lira, and it's one that other emerging markets must watch out for. 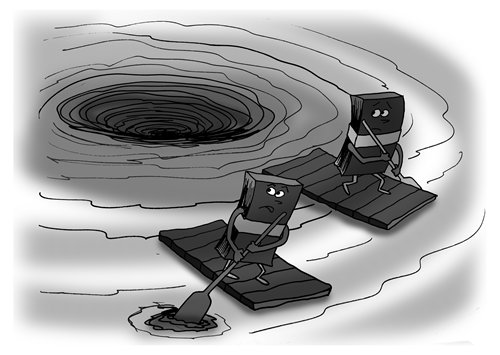 While the economic war the US launched on Turkey may have been the final straw for the Turkish economy, the fundamental reason behind the lira's fall is a reversal in global capital flows. Tighter monetary policies in developed economies, a stronger US dollar and uncertainty surrounding the global trade war have driven a large amount of capital out of emerging markets and back to developed countries. Emerging economies, regardless of their size, should not ignore this trend.

The trend started as developed economies, which were major investors in emerging markets, began to tighten their monetary policies, draining excess capital that was built up after the financial crisis in 2008.

To remedy losses in the crisis and "adjust" their financial systems, major markets, including the US, opened the floodgates by creating excess liquidity and driving down interest rates. With low interest rates and excess capital, a considerable amount of money flowed to emerging markets. But things have changed.

As the US economy continues to strengthen, the Federal Reserve Board has started to phase out quantitative easing and tighten conditions. The ECB is preparing to follow in the US' steps. That has led to a change in the situation of excess capital. Emerging markets, which have become used to excess capital, must adapt to this change.

Another driving force behind the trend is a strengthening US dollar, which has been pulling capital into the US. Emerging economies with high debt levels could face broad-based capital flight.

In the post-crisis era of excess capital, many emerging economies, including Turkey, South Africa, Argentina and India, built up a lot of debt and investments in these markets were attractive. But with monetary tightening in developed countries, investments in these countries lost their sheen.

As the US dollar continues to strengthen, investing in the US becomes more attractive and that could lead to a lot of capital fleeing emerging countries for stable, developed countries like the US and Japan.

The ongoing trade conflicts have added to uncertainty in global capital markets, prompting investors to seek safe-haven markets. This trend has been highlighted by the crisis in Turkey.

A trade war with the US led the Turkish economy to deteriorate, with inflation reaching as high as 16 percent in July and significant signs of slowing economic growth.

Investors took fright and rushed to sell assets in the country, exit the market, and enter a safer and more profitable place: the US.

This can trigger a chain reaction, with domestic capital in emerging markets also fleeing. Emerging economies must be highly vigilant of this potential market reaction.

The article was compiled based on a report by Beijing-based private strategic think tank Anbound.

Cover image: A stack of 10 Turkish Lira banknotes sit in this arranged photograph in London, UK, on Wednesday, Aug. 15, 2018. Turkey took its boldest steps yet to try to ward off a financial crisis by making it harder for traders to bet against the battered lira and easing rules on restructuring troubled loans that have already topped $20 billion. (Photo: VCG)