Turkish inflation falls to 20.3% in December

Turkish inflation dropped for the second month in a row, to an annual rate of 20.3 percent after hitting a 15-year high in October, official statistics showed Thursday. 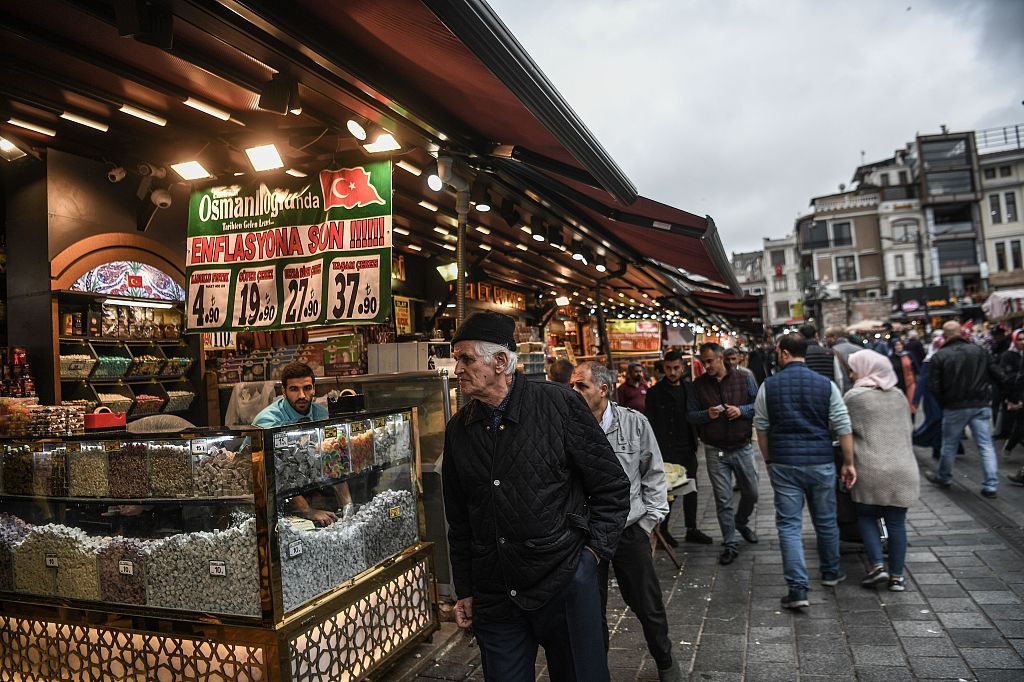 Thousands of Turks protested in Istanbul last month against crippling inflation as the economy struggled following a currency crisis in August.

The government launched an "all-out fight against inflation" as the lira fell by more than 28 percent in value against the dollar in 2018.

In October, consumer prices were 25.24 percent higher than in the same month a year earlier, the highest level since 2003, the Turkish statistics office (TUIK) said.

That figure eased to 21.62 percent in November and the level in December was below a Bloomberg forecast of 20.5 percent though still far above the central bank target of five percent.

On a monthly basis, consumer prices eased in December by 0.4 percent, TUIK said.

But compared with a year earlier, furnishing and household goods were 31.36 percent more expensive, while food and non-alcoholic drinks were up by 25.11 percent, its data showed.

The lira stood at 5.47 against the US dollar after 1300 GMT, gaining nearly two percent in value on the day.

He referred to forecasts given in September for growth and inflation.

Albayrak said then that inflation would decline to 20.8 percent by end December, before falling further to 15.9 percent in 2019.

He said this week the fight against inflation would continue into 2019, and include cuts on a special consumption tax and value added tax.

Nomura economist Inan Demir said that lower inflation was a result of the lira's strength along with "favourable energy prices and, to a lesser extent, domestic demand".

During a diplomatic spat with Washington in August over the detention of a US pastor, the lira reached seven to the dollar before falling after a Turkish court released the man in October.

The economic focus now shifts to the central bank and whether it will cut interest rates when its monetary policy committee meets on January 16.

In September, the central bank raised its main interest rate, the one-week repo rate, by 6.25 percentage points to 24 percent.

He described them at one point as the "mother and father of all evil".

Demir forecast that a rate cut in January was "unlikely" but suggested there could be one ahead of local elections on March 31.

Jason Tuvey, an economist at London-based Capital Economics, felt that a cut of 50 basis points (0.5 percentage points) might be announced at this month's meeting.